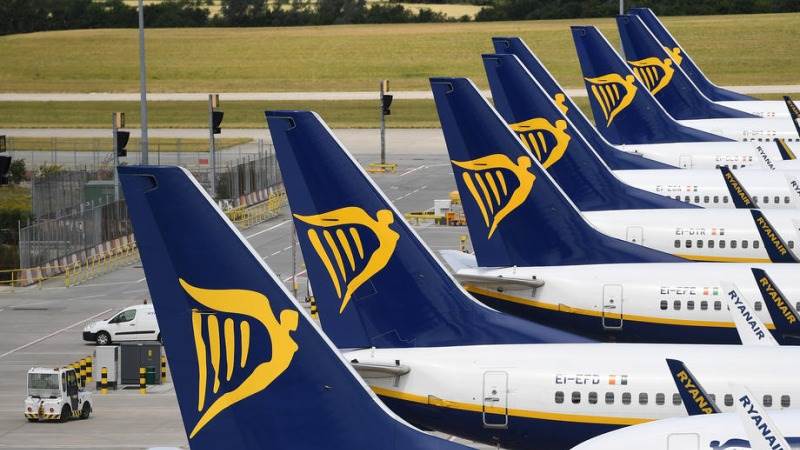 Ryanair (RYA.I) reported a record annual loss on Monday and said it would at best break even in the coming year as it navigates huge uncertainty around the lifting of COVID-19 restrictions and how much travel-starved passengers will pay for summer flights, Reuters reports.

Europe's largest discount airline said the pandemic had made the 12 months to the end of March the most challenging in its history, forcing it to slash capacity by 80% and shed 1,000 jobs.

And while it has seen a "dramatic springback in bookings" in recent weeks, it has almost zero visibility for the rest of the year, Group Chief Executive Michael O'Leary said.

"The likely outturn... is that we are looking at something between a very small loss and break-even for the next 12 months but there are a lot of moving parts and there is a lot of uncertainty," O'Leary said in a video presentation.

"Most of the uncertainty revolves around the timing of the recovery and the fares that people will pay into the key June, July, August, September travel period," he said.

The airline reported a record annual after-tax loss of 815 million euros ($989 million) in its financial year to March 31, slightly better than the forecast loss of 834 million euros in a company poll of analysts.

"It's better than we predicted, but still a fairly traumatic loss for an airline that has been consistently profitable for our 35-year history," O'Leary said.

Ryanair flew 27.5 million passengers to the end of March down from 149 million the previous year. O'Leary said his current estimate is that the airline would fly between 80 and 100 million in the year to March 31, 2022.

The airline is likely to fly just 5-6 million passengers in its April-June quarter, usually one of its busiest.

The relaxation of travel restrictions in the United Kingdom has seen bookings triple in five weeks from 500,000 to 1.5 million per week, he said.

Ryanair also reported additional delays in the delivery of its first 737 MAX aircraft, which it said may not arrive until after its peak summer period, but there was no indication the delay would have any impact on capacity.