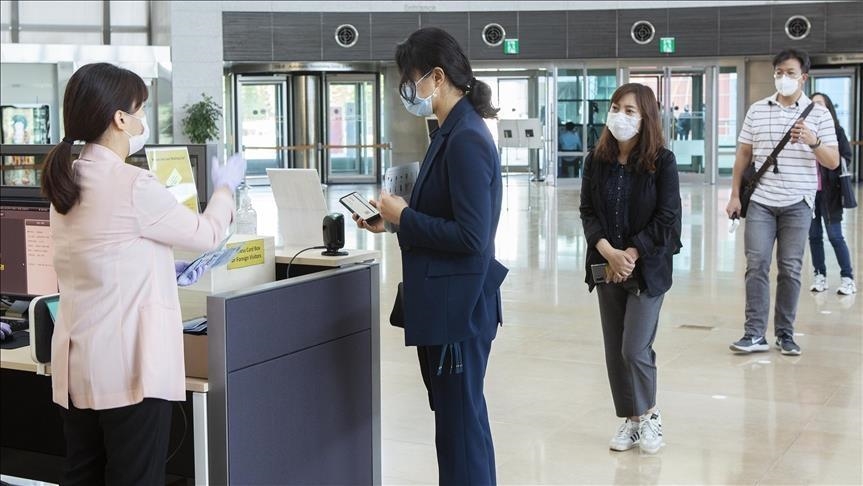 The new infections spiked since last December when the first case of the omicron variant was reported in the East Asian country.

In the past 24 hours, South Korea reported 109,831 new cases, bringing the total caseload to over 1.75 million, according to the Health Ministry.

Despite the spike in new cases, the government earlier in the day eased some COVID-19 restrictions temporarily suspending the mandatory identification proofs while entering facilities that required proof of vaccination, Yonhap News Agency reported.

While authorities also extended the cafes and restaurants’ hours to 10 p.m, the private gathering limit will remain at six people.

The East Asian nation so far had fully vaccinated 44.27 million people or 86.3% of its 52 million population.

Meanwhile, local courts in South Korean cities of Daejeon and Incheon ruled against the government plan to include young people aged 12 to 18 years in mandatory vaccination pass when entering multiuser facilities, according to the agency.

The government was planning to include mandatory vaccination pass for young people from April 1.

Earlier, courts in the capital Seoul and Gyeonggi Province also issued similar orders and barred the government from including young people aged 12 to 18 years to show mandatory vaccination pass while entering cafes, restaurants, and other multi-use facilities.

However, the courts rejected the plea to suspend the government’s COVID-19 restrictions of social distancing and business curfew and said these measures have been taken to prevent the spread of the omicron variant.