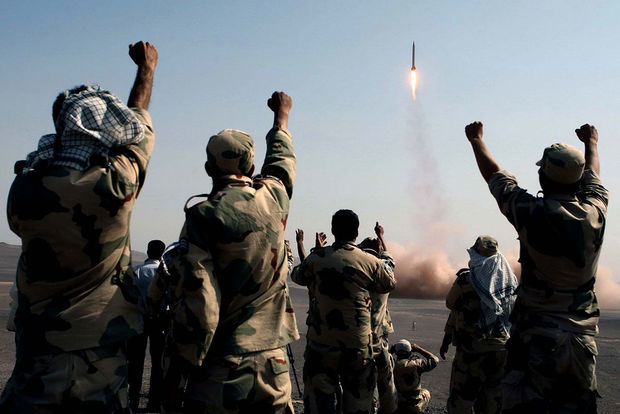 The comments come after Iran stepped up efforts to improve relations with Saudi allies in Gulf.

Iran is "the single main sponsor of terrorism in the world," Saudi Arabia said on Sunday, after its Gulf rival stepped up efforts to improve ties with Sunni states in the region.

On Sunday, Iran's foreign minister urged Gulf Arab Sunni states to work with Tehran to address "anxieties" and violence across the region.

"On regional dialogue, I'm modest and I'm focusing on the Persian Gulf. We have enough problems in this region so we want to start a dialogue with countries we call brothers in Islam," Mohammad Javad Zarif told delegates at the Munich Security Conference on Sunday.

Iranian President Hassan Rouhani had travelled Oman and Kuwait earlier this week to to try improve ties, in his first visit to the Gulf states since taking power in 2013.

However, in his speech at the Munich Security Conference, Saudi Arabia's foreign minister said Iran is the main destabilising force in the region.

"Iran is the only one in the Middle East that hasn't been targeted by Islamic State and al-Qaeda," Adel al-Jubeir told the conference.

"Iran remains the single main sponsor of terrorism in the world," he went on. "It’s determined to upend the order in Middle East ... [and] until and unless Iran changes its behaviour it would be very difficult to deal with a country like this."

Al-Jubeir said Iran's actions, including  propping up the government of Syrian President Bashar al-Assad and funding the Houthi separatists in Yemen and violent groups across the region, contradicted its statements, and he urged the international community to set clear "red lines" to halt Iran's actions.

"Iran is the problem, not the solution, in Syria and Yemen," he said, adding that "[Saudi Arabia] did not start the war in Yemen."

The six Arab members of Gulf Cooperation Council (GCC), especially Saudi Arabia, accuse Iran of using sectarianism to interfere in Arab countries and build its own sphere of influence in the Middle East. Iran denies the accusations.