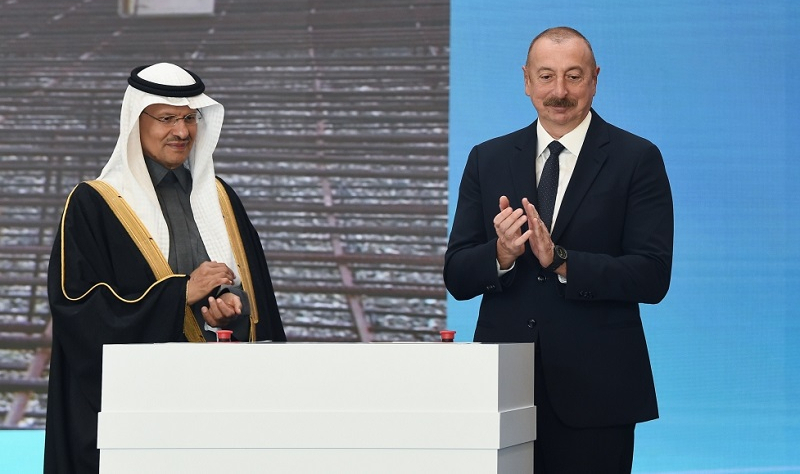 Saudi Arabia is one of a handful of countries that did not establish diplomatic relations with Armenia at all due to the Armenian occupation, said Azerbaijani President Ilham Aliyev, News.Az reports.

The head of state made the remarks Thursday at a groundbreaking ceremony for the “Khizi-Absheron” Wind Power Plant to be built by Saudi Arabia’s ACWA Power in Azerbaijan.

President Aliyev pointed out that Saudi Arabia and Azerbaijan have very close friendly and fraternal relations.

“We have been working hard to develop these relations since independence. I remember with great pleasure my visits to the Kingdom of Saudi Arabia. My meetings with His Majesty the King and His Majesty the Crown Prince are once again a manifestation of the friendship and brotherhood between us. We are successfully cooperating in many areas,” he said.