Schennach: Karabakh conflict will be priority for new PACE subcommittee 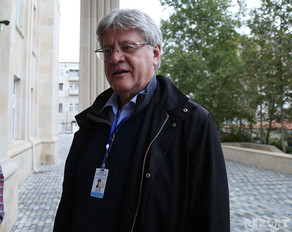 Conflicts in Nagorno-Karabakh and Transnistria will be priority for the new PACE subcommittee on conflicts between the CoE countries.

The Chairman of the committee Stefan Schennach told Report that the third priority conflict will be determined later. Work in this direction is in progress.