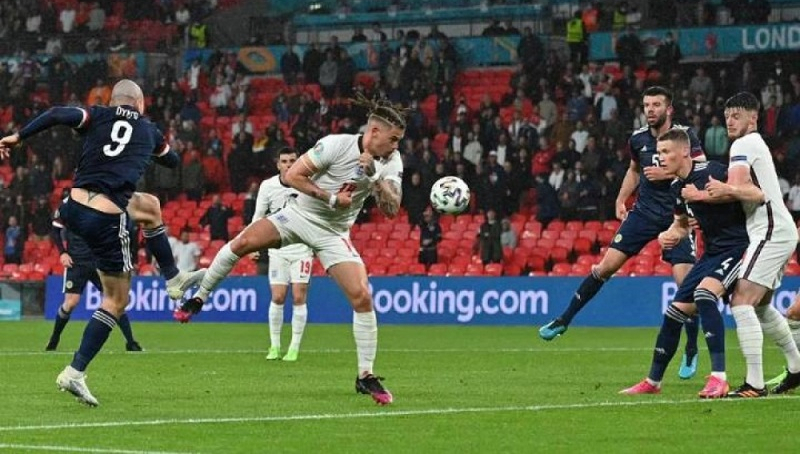 Scotland played to a goalless draw Friday against rivals England in a UEFA EURO 2020 Group D clash in London, according to Anadolu Agency.

In the 12th minute at Wembley Stadium, a header by English defender John Stones hit the goalpost.

Scotland were close to scoring in the 62nd minute.

Near the end of the match, Scotland was in trouble when a big scramble occurred in their penalty area.

Both team players fought hard in the Scottish box to kick the ball but the Scots cleared the danger.

So, Scotland managed to withstand English pressure to get one point in London.

Scottish central midfielder Billy Gilmour was named the man of the match.

Czech Republic are leading Group D with 4 points after the second matches.

Croatia and Scotland have one point each ahead of the third matchday.

In the next fixtures, Croatia will face Scotland in Glasgow and Czech Republic will take on England in London. The matches will be held on June 22.