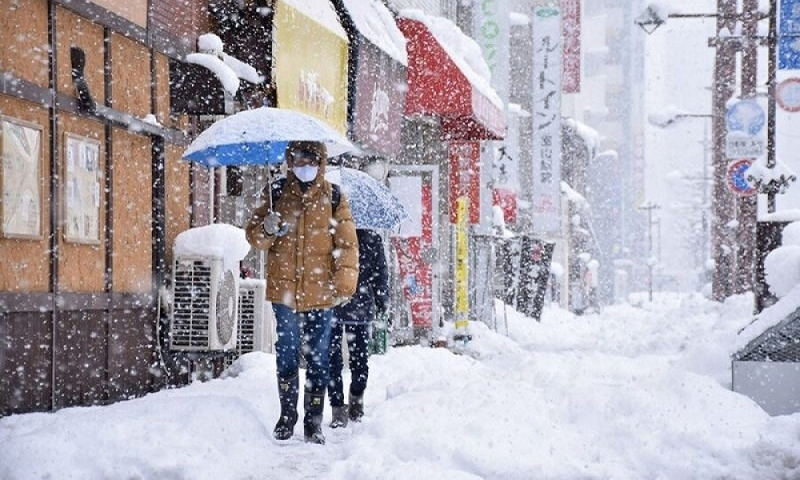 The Japan Meteorological Agency says a developing low-pressure system over the Sea of Japan and a cold air mass has brought heavy snow from Tohoku to the Chugoku regions.

During the 24-hour period through Thursday morning, more than 60 centimeters of snow had accumulated in the prefectures of Gifu and Fukui.

During the three hours through 9 a.m. on Thursday, Akita City in the Tohoku region saw 12 centimeters of snow. In Asago City, Hyogo Prefecture, 10 centimeters fell in the same period.

More than 60 centimeters fell in 24 hours in Shirakawa Village in Gifu, and in Ono City in Fukui, with the totals reaching 2 meters and 1.23 meters, respectively, as of 9 a.m.

The meteorological agency is urging drivers to be careful about getting stranded and is urging caution for snowslides, snow falling from roofs and power outages.