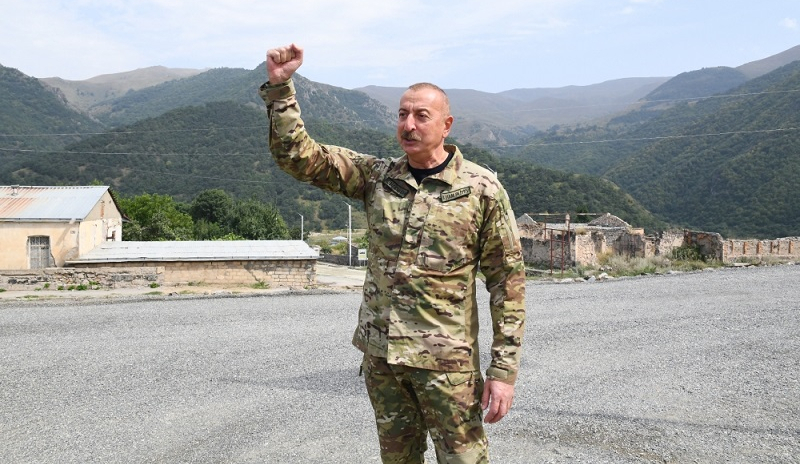 Azerbaijani lands were liberated from occupation as a result of the military operation, and the second Karabakh war will go down in history as Azerbaijan’s glorious Victory, said President Ilham Aliyev as he addressed a ceremony to raise the state flag in Kalbajar district.

“During the first days of the second Karabakh war, the northern part of Kalbajar was liberated by the Azerbaijani Armed Forces. There were fierce battles in the territory of Mount Murov and surrounding areas. We had martyrs. However, we took over strategic heights, and these heights allowed us the opportunity to control the transport and communication infrastructure Armenians were using. So by taking over the strategic heights in the northern part of Kalbajar, we were able to substantially limit the movement of the Armenian armed forces in this direction. As a matter of fact, they were unable to use the Basarkechar-Kalbajar road. This was a part of the military operation, the counter-offensive operation. We conducted the counter-offensive operation in several directions, and each direction was important. Because we were already liberating the occupied territories by breaking the line of defense in some directions, taking over strategic areas in some directions and almost paralyzing the actions of the Armenian army. In some areas, we simply conducted military maneuvering to prevent the redeployment of Armenian armed forces. Thus, a part of Kalbajar, a small part of it, was liberated on the battlefield. However, most of the district was liberated after Armenia had signed the act of capitulation” President Aliyev added.