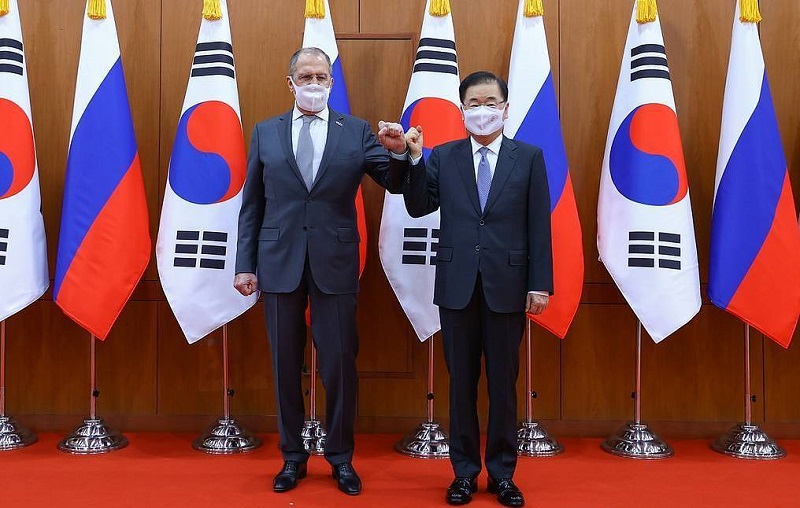 In turn, Lavrov noted that at the talks, the parties confirmed high level of political dialogue, as well as the disposition to further expand and intensify contacts, including between presidents and through the government. "Our partners confirmed the invitation passed to President Putin last year to pay a visit to Seoul. We agreed that as soon as the epidemiological situation allows, we will return to this issue," he said.

In turn, Lavrov invited South Korean Foreign Minister to visit Moscow. "The talks were very useful and timely. I look forward to continuing our contacts during the Minister’s visit to Moscow, and I conveyed an invitation to him," he said.