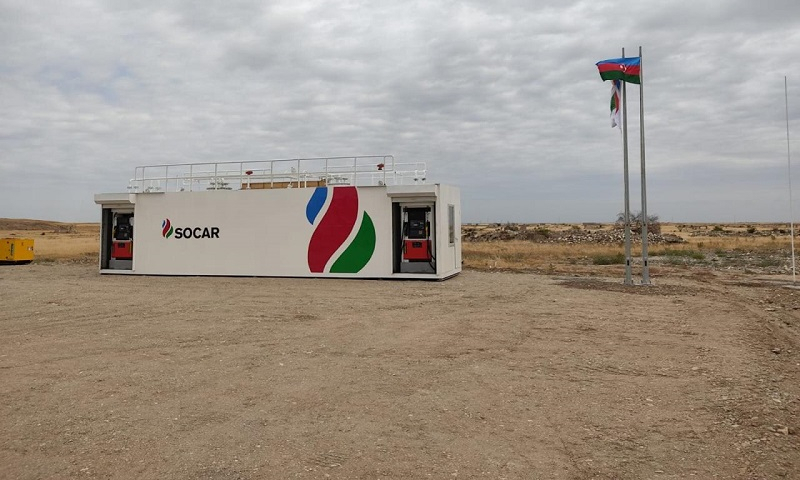 SOCAR Petroleum, a subsidiary of the State Oil Company of Azerbaijan, has commissioned a new modular filling station on the road under construction in Azerbaijan's liberated Aghdam region, bringing the number of filling stations operating under the SOCAR brand to 40.

"The continuous construction work is being carried out in the Karabakh region. To provide cars with uninterrupted fuel during the construction, SOCAR Petroleum has commissioned a new modular petrol station under SOCAR brand on a new road under construction in Aghdam," the company's press service said.

It should be noted that the newly-commissioned station has two fuel dispensers for filling with A-92 and diesel brands of gasoline. The station can simultaneously fill up two small and large cars.

SOCAR Petroleum started its operations in 2008 under the SOCAR brand.

Azerbaijan allocated $1.5 billion for the reconstruction on the liberated territories in 2021. In particular, these funds will be used to restore the infrastructure (electricity, gas, water, communications, roads, education, health, etc), as well as cultural and historical monuments.

SOCAR is involved in exploring oil and gas fields, producing, processing, and transporting oil, gas, and gas condensate, marketing petroleum and petrochemical products in domestic and international markets, and supplying natural gas to industry and the public in Azerbaijan. The company owns two refineries in Azerbaijan, one in Turkey, as well as networks of petrol stations in Azerbaijan, Turkey, Georgia, Romania and Switzerland.