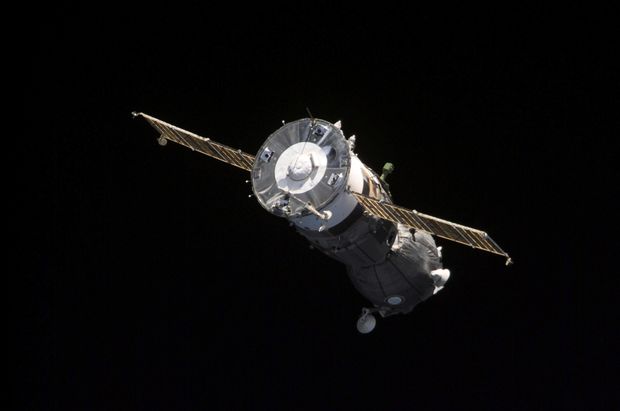 A soccer ball that was taken aboard NASA's ill-fated space shuttle Challenger finally made it into space last week, 31 years after the shuttle exploded just 73 seconds after launch.

According to the NASA's website, Ellison Onizuka, one of the seven astronauts who died in the accident, stashed the item aboard the shuttle in 1986, before the craft's external fuel tank ruptured, according

The ball was from his daughter's high school soccer team at Clear Lake High School in Houston.

"It was amazing, the condition it was in after the explosion," Janelle Onizuka, the astronaut's daughter, told ABC News affiliate KTRK on Tuesday.

"By virtue of the catastrophic days that followed, it is quite literally my last fond memory of my dad face to face," she said.

NASA returned the soccer ball to the Onizuka family after it was discovered in the Atlantic Ocean among the shuttle's wreckage.

It was on display at Clear Lake High School until astronaut Shane Kimbrough, whose daughter now attends the school, asked if it wanted anything sent up when he launched in October to the International Space Station, according to KTRK.

Last week Kimbrough posted a picture of the ball, finally in space.

"This ball was on Challenger that fateful day. Flown by Ellison Onizuka for his daughter, a soccer player," Kimbrough tweeted on Friday.