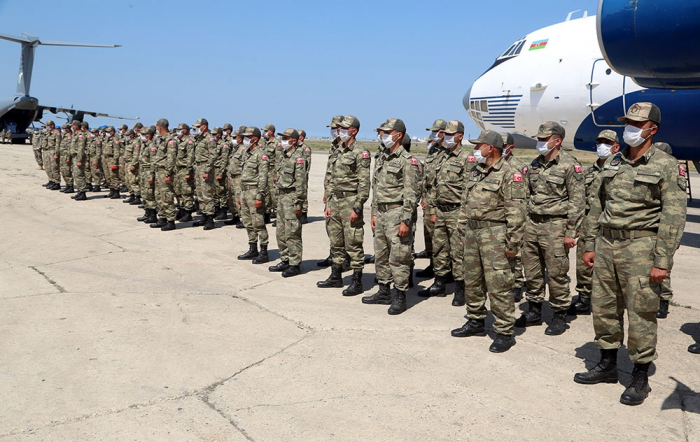 A solemn welcoming ceremony was held in regard to the arrival in Baku of the military personnel of the Turkish Armed Forces involved in the Azerbaijani-Turkish Live Fire Joint Large-Scale Tactical and Flight-Tactical Exercises with the participation of the Land Forces and the Air Force of both countries.

The exercises will be held in accordance with the Agreement on Military Cooperation between the Republic of Azerbaijan and the Republic of Turkey and according to the annual plan in our country from July 29 to August 10, the Azerbaijani Defense Ministry said on Tuesday.

First, flowers were laid at the bust of national leader Heydar Aliyev on the territory of the military unit. Then, the memory of the national leader and the martyrs who fell for the independence and territorial integrity of our country was honored by observing a minute of silence.

The exercises will involve military personnel, armored vehicles, artillery mounts and mortars, combat and transport helicopters of the Air Force, as well as Air Defense Units and Anti-Aircraft Missile Units of the Armies of the two countries.