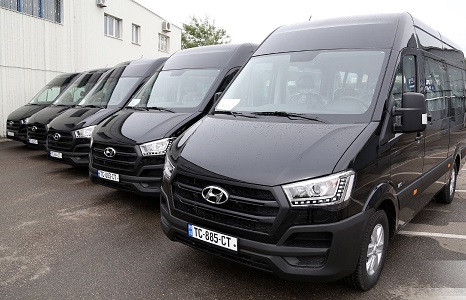 The South Korean government has gifted five mini-buses to the Georgian Government.

The official ceremony of handing over the gift took place at the Hyundai centre in Tbilisi today. Georgian Deputy Foreign Minister Davit Jalaghania and the Charge d'Affairs of the Tbilisi Office of the Embassy of the Republic of Korea Kim In-hwan attended the ceremony, according to agenda.ge.

Jalaghania stressed that the relations between Georgia and South Korea have intensified in recent years.

He noted that the total value of all five mini buses together is up to $200,000 USD.

Jalaghania said that the vehicles will be distributed among the central government as well as the mountainous Samegrelo-Zemo Svaneti region in western Georgia.