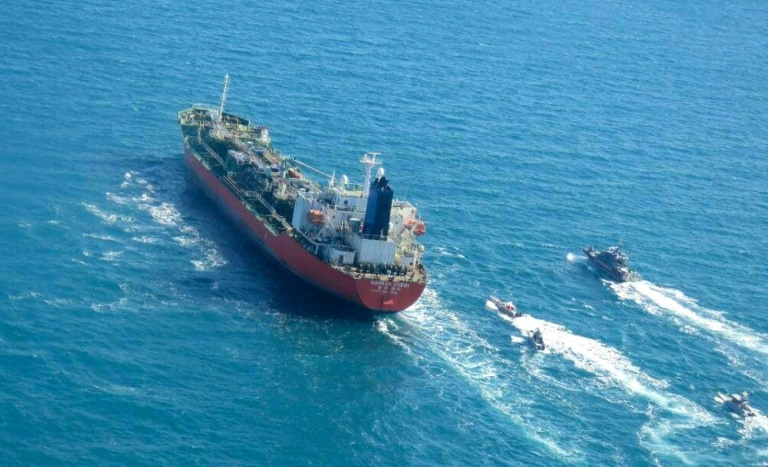 South Korea will send a government delegation to Iran "at the earliest possible date" to negotiate the release of a seized oil tanker and its crew, Seoul's foreign ministry said Tuesday, AFP reports.

Iran's Revolutionary Guards said Monday it had seized the South Korean-flagged Hankuk Chemi in Gulf waters "due to the repeated infringement of maritime environmental laws".

It said the vessel was carrying 7,200 tonnes of "oil chemical products".

The arrested crew were from South Korea, Indonesia, Vietnam, and Myanmar, the elite force said on its website Sepahnews, without giving further details.

"A delegation... will be dispatched to Iran at the earliest possible date to try to resolve the matter through bilateral negotiations," foreign ministry spokesman Choi Young-sam said.

The vice minister's visit had been arranged prior to the seizure, as Tehran seeks the release of billions of dollars held in Seoul under US sanctions.

South Korea's foreign minister Kang Kyung-wha did not comment on speculation that Iran seized the ship in a bid to pressure Seoul to unlock Iranian assets.