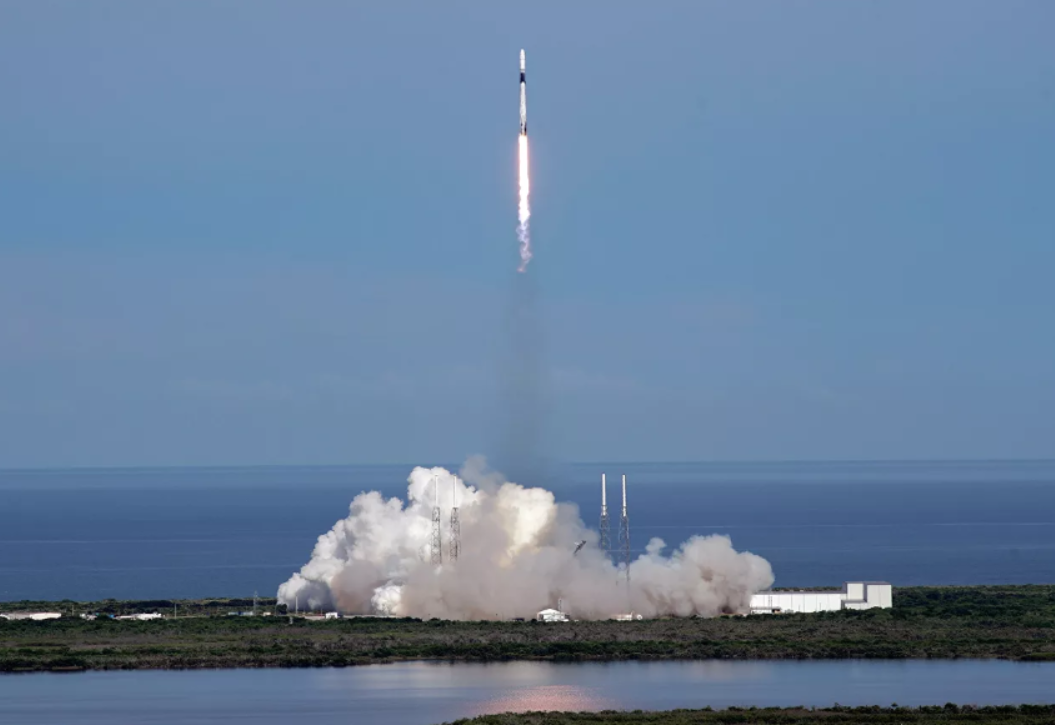 About nine minutes after the launch the carrier rocket’s first stage touched down on SpaceX's drone ship in the Atlantic Ocean.