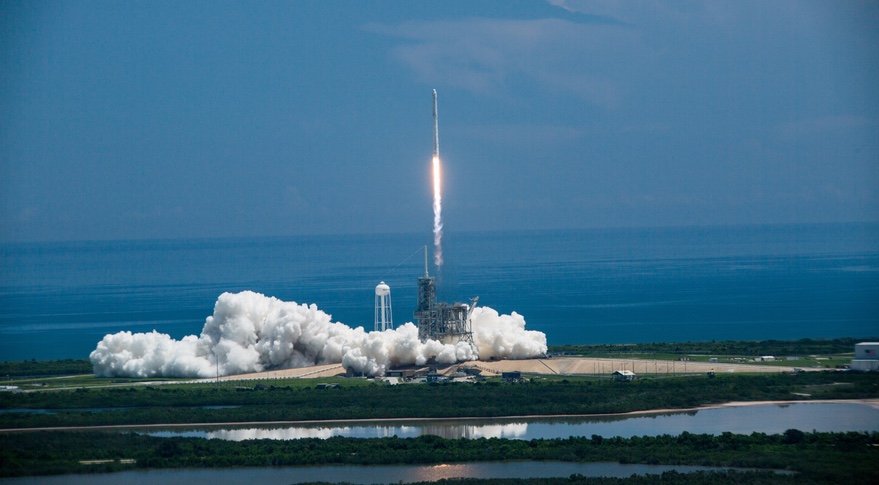 This was followed shortly after with a tweet from the ISS: "The SpaceX Crew Dragon docked to the station at 10:16am ET today. Doug Hurley and Bob Behnken will soon enter and join Exp 63."

"NASA astronauts Robert Behnken and Douglas Hurley aboard the SpaceX Dragon Endeavour have arrived at the International Space Station," NASA said in a statement.

SpaceX's Falcon 9 rocket had lifted off on Saturday from the Kennedy Space Center at 3:22 pm EDT (1922 GMT) for a 19-hour ride destined for the ISS.

The Crew Dragon arrived at the station’s Harmony port, docking at 10:16 a.m. EDT (1416GMT) while the spacecraft was flying at about 262 miles above the northern border of China and Mongolia, NASA said.

"Following soft capture, 12 hooks were closed to complete a hard capture at 10:27 a.m. Teams now will begin conducting standard leak checks and pressurization between the spacecraft in preparation for hatch opening scheduled for approximately 12:45 p.m.," it added.

The agency's website along with the NASA Television are continuing to provide live continuous coverage of the agency’s SpaceX Demo-2 mission.

Behnken and Hurley made history Saturday as they became the first Americans to launch on an American rocket from American soil to the space station in nearly a decade.

Aboard the space station, Expedition 63 Commander and NASA astronaut Chris Cassidy and Russian cosmonauts Anatoly Ivanishin and Ivan Vagner are preparing to welcome Behnken and Hurley aboard the station, said NASA.