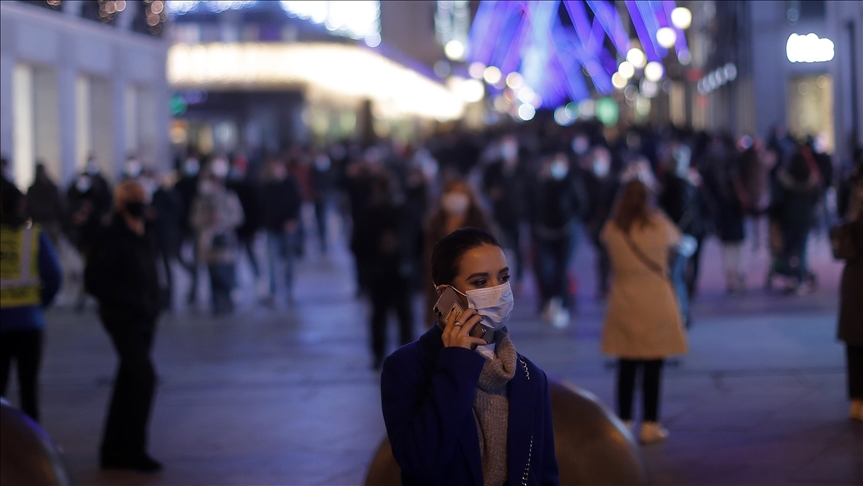 As Spain reported its highest number of daily coronavirus infections on Wednesday, the country’s central governments rejected calls for stricter measures to stem the spread of the virus, Anadolu Agency reports.

In five of Spain’s 17 regions, more than one out of every 100 people have tested positive for the virus in the last two weeks.

Specifically, they asked to be able to enforce curfews earlier than 10:00 p.m. and issue stay-at-home orders – two moves that are impossible under Spain’s current emergency legislation.

Health Minister Salvador Illa confirmed that the government has discarded making any legal changes for now.

“We have tough days ahead of us, but if we comply with the measures already in place, we’ll bring down the curve,” he said in a news conference.

“We overcame the second wave with the existing measures, and we’ll do it again for the third.”

Spain is currently a patchwork of different anti-COVID measures. Some regions have shut down indoor dining or other businesses, though most have not. Others have curfews as early as 10 p.m. as well as restrictions on private gatherings or mobility.

On Wednesday, another 464 people were reported dead, more than double the same figure from a week ago.

Active hospitalizations are climbing fast. More than 25,000 people are currently being treated for the disease, using 20% of all the country’s hospital beds and 35% of all available intensive care units.

Meanwhile, the health minister of Murcia resigned on Wednesday after it emerged that he, along with 400 of his colleagues as well as his wife, received COVID-19 vaccines out of turn.

At the moment, COVID-19 vaccinations in Spain are only available for health care workers and residents of nursing homes.

The heads of two hospitals in the Basque Country also stepped down Wednesday after similarly jumping the cue.

Several other politicians in Spain have been chastised for the same behavior.

So far, Spain has administered more than 1 million doses of COVID-19 vaccines, with more than 15,000 people having received the second dose.