Azerbaijan to celebrate Victory Day every year on November 8 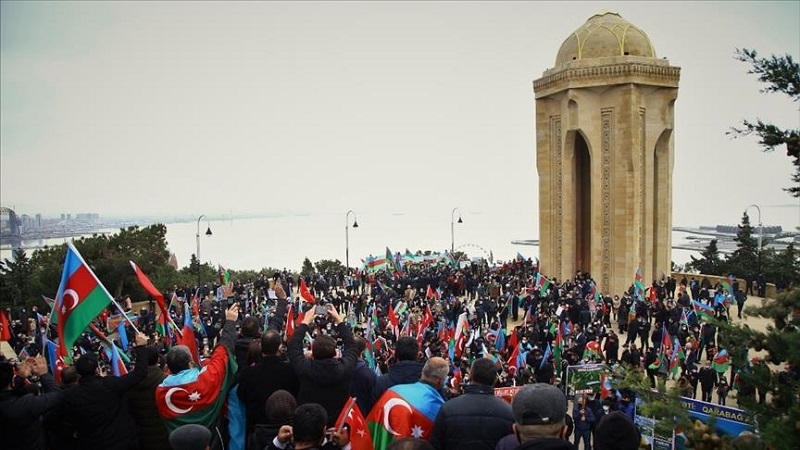 Victory Day will be solemnly celebrated in Azerbaijan every year on November 8.

In response to Armenia's continued provocations and military aggression, on September 27, 2020, the people of Azerbaijan stood up for the Patriotic war to put an end to Armenia's nearly thirty-year occupation policy and liberate our lands from the clutches of the enemy. As a result of 44-day military operations, the Azerbaijani people gained a historic victory and the territorial integrity of our country was restored.

Taking into account that the Day of Remembrance of Mustafa Kemal Ataturk is celebrated in Turkey on November 10, President of the Republic of Azerbaijan Ilham Aliyev made a decision to change the date of Victory Day.

The liberation of the city of Shusha, dear to every Azerbaijani, the pearl of Karabakh, after 28 years of occupation on November 8 played a decisive role in the fate of the war, led to the recognition of the defeat of the enemy's political and military leadership and the cessation of the hostilities.

Taking into account the historical significance of the city of Shusha and its liberation from occupation, this unprecedented victory - Victory Day, which has become a triumph of the combat determination and strength of our people, which is of exceptional importance for the future development and prestige of our state, will be solemnly celebrated every year on November 8.