Azerbaijani President: If we had not created the necessary legal framework for resolving the conflict, we could have faced problems today 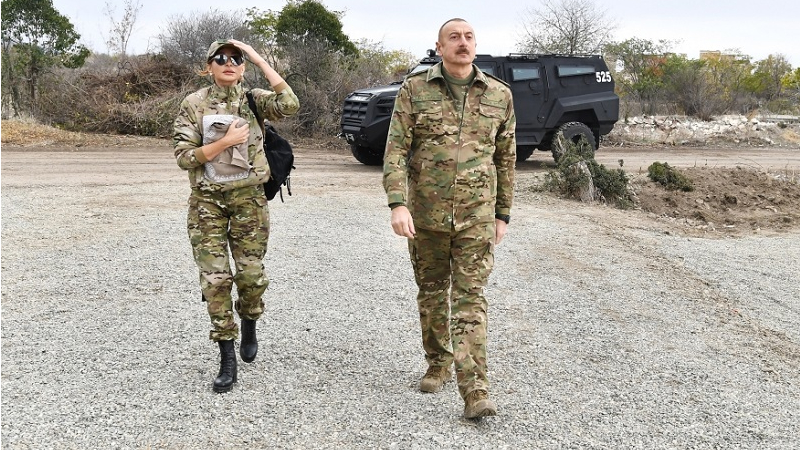 “We have done a great job at the international level. Today, after the war and even during the war, the whole world, all the people of Azerbaijan saw how important this was. If we had not created the necessary legal framework for resolving the conflict, we could have faced problems today,” said President of Azerbaijan, Victorious Commander-in-Chief of the Armed Forces Ilham Aliyev as he visited the liberated from occupation the city of Aghdam.

“We have had all international organizations adopt decisions and resolutions that recognize and reflect justice and international law. Four UN Security Council resolutions were adopted in 1993, but then we created a solid legal basis for resolving the conflict by having the UN General Assembly, the Organization of Islamic Cooperation, the Non-Aligned Movement, the European Parliament, the Parliamentary Assembly of the Council of Europe adopt decisions and resolutions. All these important steps have been taken since 2003, and we have got the upper hand in the political arena. At the same time, the “Partnership Priorities” document initialed between the European Union and Azerbaijan two years ago contains clear statements about Azerbaijan's sovereignty, territorial integrity and inviolability of our borders,” the head of state noted.

“This is our great success because we could not achieve this for many years. Some international organizations did not want to call the aggressor by its name. Some international organizations did not want to reveal the identity of the occupier in the documents adopted in connection with the occupation. Even four UN Security Council resolutions did not mention Armenia as an aggressor state and referred to it as “Armenian forces,” the Azerbaijani President said.