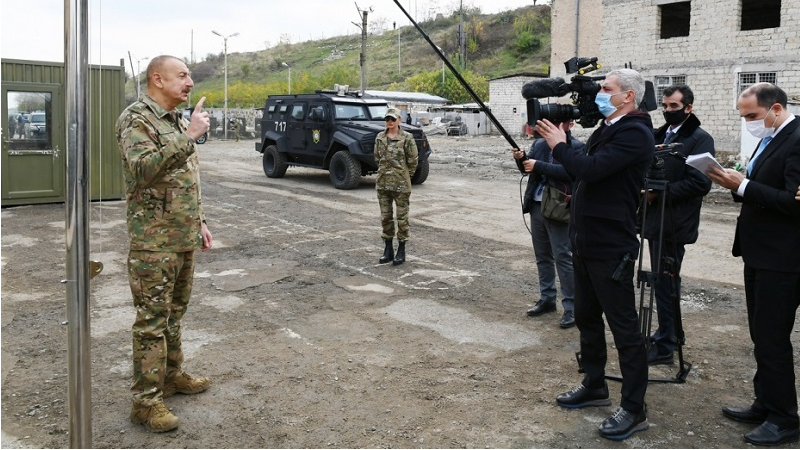 After the liberation of Shusha, Armenia realized that there was completely no point in resisting Azerbaijan, said Azerbaijani President Ilham Aliyev.

The head of state made the remarks during a ceremony to lay the foundation of a road from Fuzuli district to Shusha city.

He noted that one day after the liberation of Shusha, the heroic Azerbaijani Army liberated more than 70 settlements from the occupiers, and this was actually the last blow to the enemy.

It is no coincidence that on 10 November, the enemy actually signed an act of capitulation, President Aliyev added.

“8 November is a day of our glorious victory. The people of Azerbaijan will always celebrate this day from now on. The liberation of Shusha from occupation showed our strength, the professionalism of our Army, the courage and heroism of our servicemen. The capture of Shusha was an operation that required great professionalism and courage. I am confident that this operation will have a special place in the world’s military history books. Because this operation was carried out only by our heroic servicemen who were armed with light weapons, crossed mountains, forests and paths. The liberation of Shusha from occupation is our glorious victory,” he said.

The head of state stressed that construction work has already been started.