Azerbaijani President: We agreed with President Erdogan to go to Shusha, after new highway is built 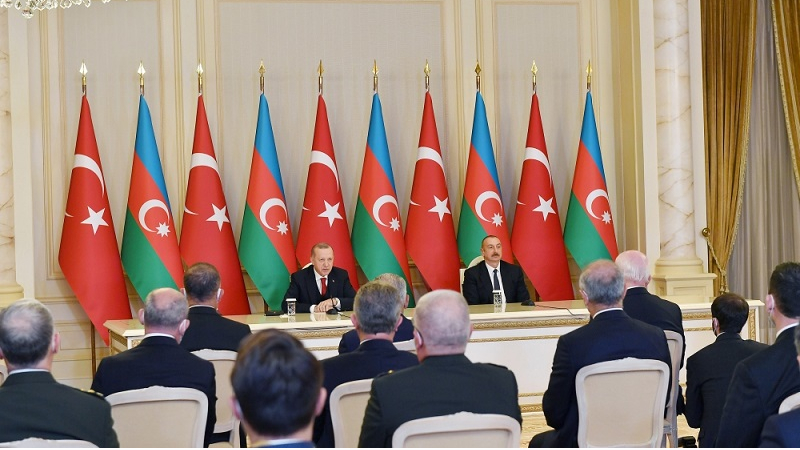 Today, looking to the future, we express our thoughts on the development of the liberated Azerbaijani lands, Azerbaijani President Ilham Aliyev said on Thursday.

“Karabakh will become one of the most beautiful regions in the world. I am confident that with the help of our Turkish brothers, we will achieve this. We have already talked about specific projects – road, rail, infrastructure projects. Turkish and Azerbaijani companies will jointly participate in all these projects. Their implementation in a short time will breathe a new life into the region,” he said.

“Once again, on behalf of all the Azerbaijani people and on my own behalf, I would like to express my deep gratitude to the fraternal Turkish people. These days Turkey has been showing tremendous support and solidarity with us. And not only politicians but also all the ministers headed by the president, the Grand National Assembly of Turkey, as well as public activists, media representatives. Risking their lives, they prepared reports from the combat zone day and night, and it was thanks to these reports that the world learned about the events taking place," President Aliyev noted.

"I want to convey my greetings and deep gratitude to our brothers and sisters in Turkey – they rejoiced in our Victory as much as we do. We are together! This is the case today and it will be the case tomorrow and beyond. Turkish-Azerbaijani unity is indestructible and eternal!” the head of state added.