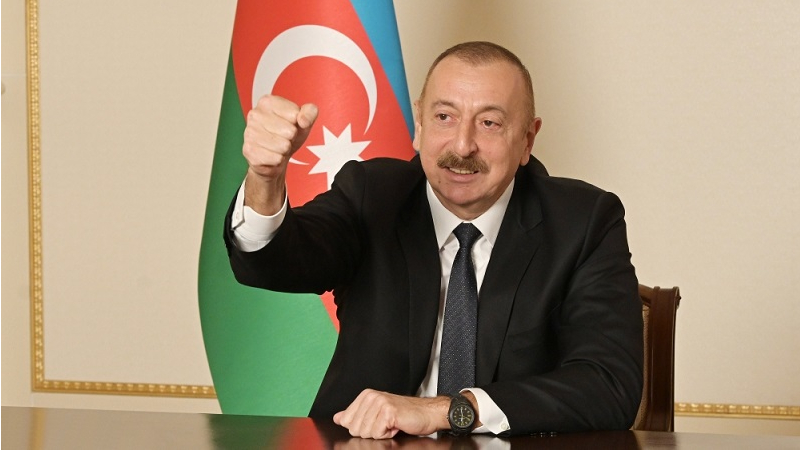 Ilham Heydar Aliyev was born in Baku on December 24, 1961. He attended a secondary school in Baku from 1967 till 1977. In 1977, he entered the Moscow State University of International Relations (MSUIR). In 1982, upon his graduation, Ilham Aliyev had continued his education as a postgraduate student in MSUIR.

In 1985, he finalized his research works and received a Ph.D. degree in history. During the years of1985-1990, he gave lectures at the Moscow State University of International Relations. In 1994-2003, he was the vice-president, and later the first vice-president of the State Oil Company of the Republic of Azerbaijan (SOCAR).

He was elected to the next term as Azerbaijani President on October 9, 2013.

In the presidential elections held on April 11, 2018, Ilham Aliyev was re-elected President of the Republic of Azerbaijan (86.03 percent of the vote).

He is married, has three children.

Under the leadership of Victorious Supreme Commander-in-Chief Ilham Aliyev, the Azerbaijani Army liberated Azerbaijani territories from Armenian aggressors within 44 days starting from September 27, 2020. Now our tricolor flag waving in our lands liberated after 30 years.

News.Az congratulates Azerbaijani President Ilham Aliyev on his birthday and wishes him robust health, happiness, and success in his activities!