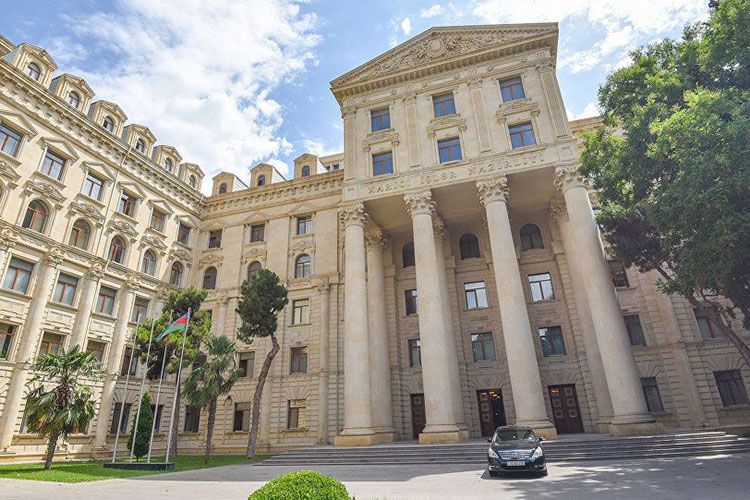 She made remarks in response to the media inquiry about the dissemination of terrorist calls by Armenian users of social networks against Azerbaijani diplomats.

Abdullayeva noted that this is another demonstration of the terrorist essence of the radical Armenian forces. “Terrorism, used throughout the history by radical Armenian groups, is supported in Armenia at the state level.”

“Everyone is well aware that ASALA and other Armenian terrorist organizations committed over 235 terrorist attacks in 22 countries in 1970-1980, during which 24 Turkish diplomats were killed. In the early 1990s, during the occupation of the Nagorno-Karabakh region of Azerbaijan and seven adjacent districts of the country, Armenia widely used means of terror in various parts of Azerbaijan,” the spokesperson added.

Abdullayeva firmly condemned the spread of full threats against Azerbaijani and Turkish diplomats and calls for their murder.

"As is known, according to the 1961 Vienna Convention, the country that receives a diplomat is responsible for his/her security, and in this regard, the Azerbaijani Foreign Ministry will send appropriate appeals to take measures to strengthen the security and safety of Azerbaijani diplomats in foreign countries,” she concluded.