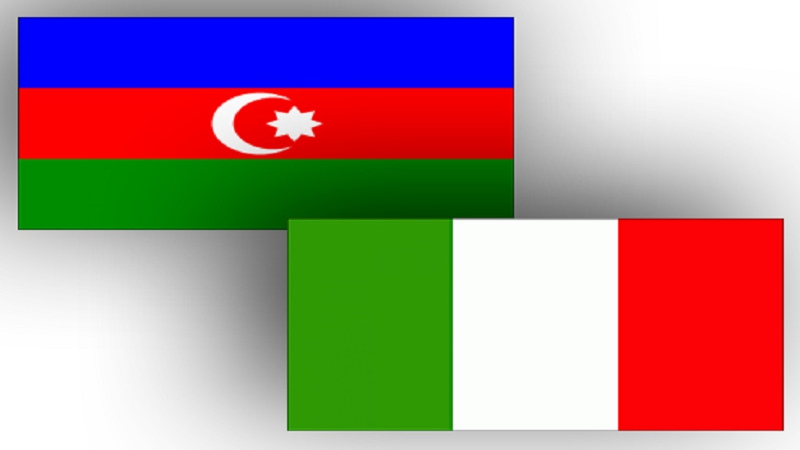 The municipalities of the Italian city of Naples, Catania, Chieti provinces and Molise region adopted documents condemning the military aggression, ethnic cleansing and the policy of Armenian genocide against Azerbaijan and demonstrating solidarity with the Azerbaijani people, the Azerbaijani Embassy in Rome told News.Az.

The documents also call for further strengthening of the strategic partnership between Azerbaijan and Italy.

The support for the sovereignty, territorial integrity, and internationally recognized borders of Azerbaijan, the recognition of the Nagorno-Karabakh region as an integral part of Azerbaijan, the immediate withdrawal of the Armenian Armed Forces from the occupied territories were expressed in the resolutions of the UN Security Council and the General Assembly, but Armenia did not fulfill the requirements of any of these documents.

In accordance with the decision of the European Court of Human Rights (ECHR) on "Chiragov and Others v. Armenia" case, the fact of the occupation of the Nagorno-Karabakh region and adjacent districts of Azerbaijan by Armenia was also confirmed.

In the documents, special attention is paid to the fact that during recent months Armenia has been increasing the import of weapons and military equipment and on September 27 committed another act of military aggression against Azerbaijan, deliberately firing at Azerbaijani civilian facilities and civilians.

The documents adopted by the Italian municipalities firmly condemn the Armenian Armed Forces’ missile attacks against Ganja, Barda, and other cities of Azerbaijan, during which more than 94 civilians were killed and more than 407 injured.

In these documents, the municipalities express support for the sovereignty, territorial integrity, and inviolability of the internationally recognized borders of Azerbaijan.

The municipalities emphasized that the declaration on ceasefire and cessation of all hostilities in the Nagorno-Karabakh region signed on November 10 by the president of Azerbaijan, the president of Russia, and the prime minister of Armenia was aimed at ending the conflict.

The Ministry of Foreign Affairs and International Cooperation of Italy, and the Chamber of Deputies of the Italian Parliament also supported this declaration.

In the documents, the municipalities emphasize Italy’s constant support at the official level for Azerbaijan’s territorial integrity, the existence of broad cooperation in the political, economic, energy, cultural, technological spheres, the spheres of preserving religious heritage and healthcare between the two countries, which are strategic partners.

Azerbaijan, which liberated its lands, is entering a new stage of development. An important strategic plan initiated by Azerbaijan for the restoration of its territories can create new opportunities for Italian companies. An appeal is made to the Italian government to continue to take appropriate steps to further expand the strategic partnership between the two countries.

Earlier, similar documents were adopted by the municipalities of a number of other cities and provinces of Italy.