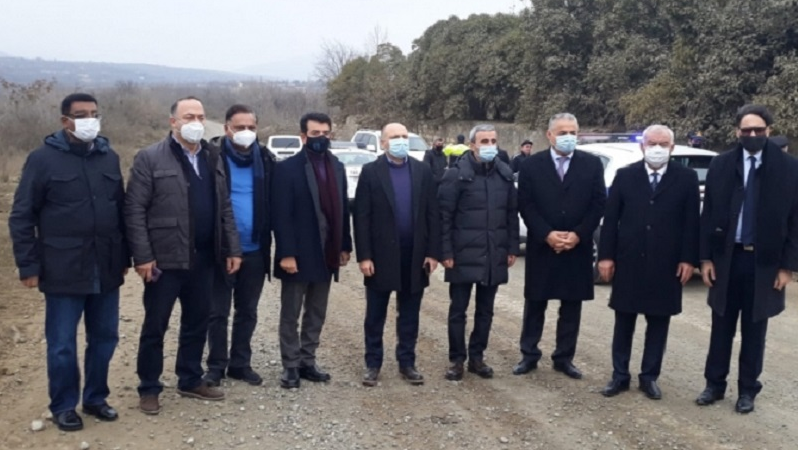 A delegation led by Director General of the Islamic World Educational, Scientific and Cultural Organization (ICESCO) Dr. Salim bin Mohammed AlMalik has started a visit to Azerbaijani territories liberated from the occupation in order to familiarize themselves with the consequences of destructions caused by Armenian armed forces to Azerbaijani historical and cultural heritage.

The delegation made its first visit to Fuzuli district.

The ICESCO delegation was accompanied by the Azerbaijani Minister of Culture Anar Karimov, Permanent Representative of Azerbaijan to ICESCO Ogtay Gurbanov, head of the Administration of the Ministry of Culture, Secretary General of Azerbaijan National Commission for ICESCO Vasif Eyvazzade, as well as head of the department on cooperation with foreign countries Isa Mammadov.