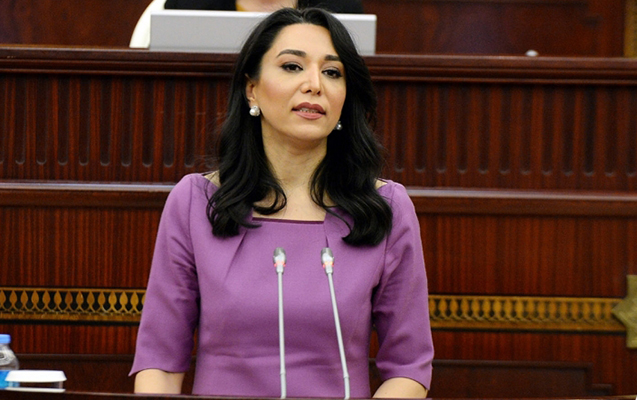 Azerbaijan’s Commissioner for Human Rights (Ombudsman) Sabina Aliyeva has sent a report to relevant international organizations with regard to the treatment of the Azerbaijani Armed Forces' servicemen captured by Armenia during military operations since September 27, 2020, as well as the Azerbaijani civilians held hostage by Armenia since 2014, the Ombudsman’s Office told News.Az.

As it is known, the process of exchanging prisoners of war and hostages between Armenia and Azerbaijan began on December 14.

During personal conversations with the returned prisoners of war and hostages, the Ombudsman Sabina Aliyeva has been told about the cases of torture and inhuman treatment in Armenia. During the preparation of the report, the statements of the captives and hostages, materials spread on social networks and other facts obtained were used.

The report provided evidence of torture and other cruel, inhuman or degrading treatment of Azerbaijanis by Armenians during their captivity and hostage-taking.

At the same time, it was noted that the Azerbaijani Ombudsman monitors the treatment of the Armenian prisoners of war in Azerbaijan and the provision of their rights.

In conclusion, a call was made to the relevant international organizations in connection with the crimes committed by the Armenian military-political leadership in gross violation of international humanitarian law, in particular, the provisions of the Geneva Conventions, it was demanded to bring the perpetrators to responsibility.

This also should be noted that since September 27, 2020, the Azerbaijani Ombudsman has addressed 8 reports, 8 statements and 14 appeals, including video messages, to relevant international organizations in connection with the attacks of Armenia targeting the civil population and objects in Azerbaijan.