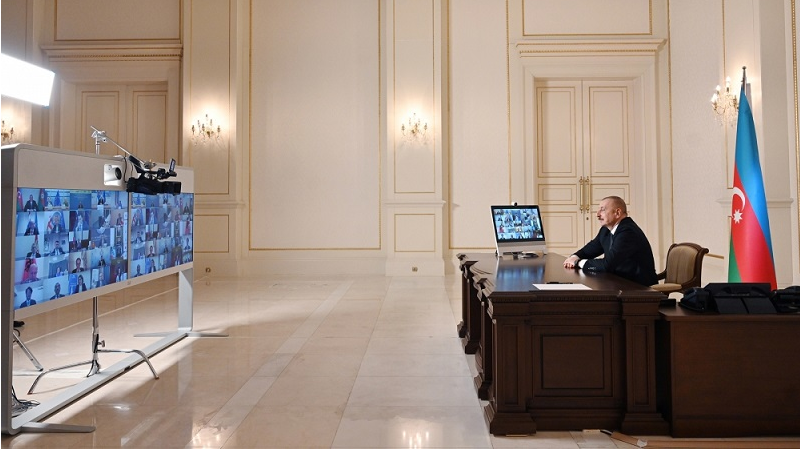 The 7th Ministerial Meeting of the Southern Gas Corridor (SGC) Advisory Council has been held in the format of a video conference.

President of the Republic of Azerbaijan Ilham Aliyev made a speech at the video meeting.

Following the submission of a report by the consortium members on the completion of the Southern Gas Corridor, the ministers and heads of delegations made speeches.

The meeting is attended by ministers and other high-level representatives from 18 countries, including Azerbaijan. The event also brought together heads of 5 leading international financial institutions and 18 major companies engaged in the project.