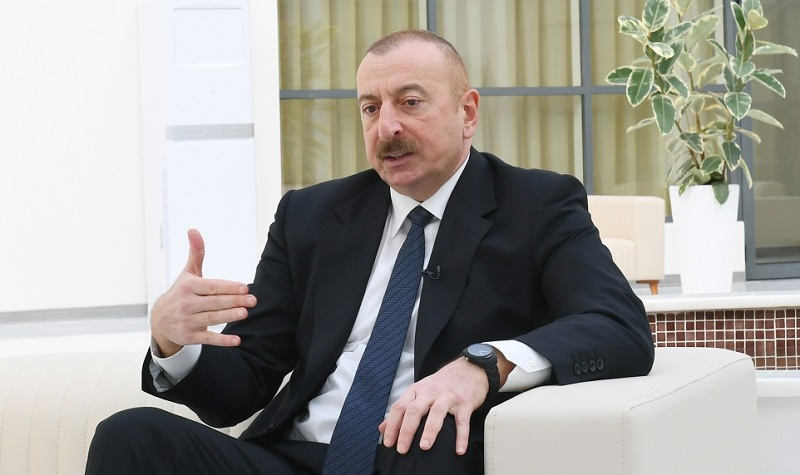 Azerbaijan is the first country of the South Caucasus to start the COVID-19 vaccination, President Ilham Aliyev said in an interview with the Azerbaijani Television.

“At the same time, Azerbaijan is among leaders in our region. It is as a result of these efforts that the work has been done properly from the first days of the pandemic, all necessary steps have been taken and contacts have been established with international organizations,” the head of state said.

He noted that Azerbaijan is a member of the COVAX initiative and will acquire various vaccines through COVAX.

“But the implementation of some of them is being delayed, probably for the reasons I have mentioned. At the same time, we have already ordered 4 million doses of the vaccine, and they have already arrived in Azerbaijan. The vaccines are made in China. The vaccination started in Azerbaijan on 18 January. For comparison, in the European Union it started on 18 December of last year. So the people of Azerbaijan started to receive these vaccines only a month later. And this, of course, is a manifestation of our effective work in the field of vaccination,” he said.

The head of state said in the current situation, in particular the situation involving rich countries, these conflicts have a negative impact on producers and deprive people of many countries of these vaccines.

“In addition, it inflames mistrust among countries of the world. You have mentioned the row between the European Union and the United Kingdom, but there are other examples. For instance, let me refer to the open media again. I can say that developed countries account for 14 percent of the world's population. However, developed countries have so far ordered 53 percent of the world's supply of vaccines. So there is injustice and inequality yet again. There is a Moderna vaccine. If I am not mistaken, it is made in America. Ninety-eight percent of the Moderna vaccine has been ordered by rich countries. Pfizer is a European vaccine, and 96 percent of Pfizer vaccine has been ordered by rich countries. But what should the citizens of poor countries do? Get sick?” President Aliyev added.