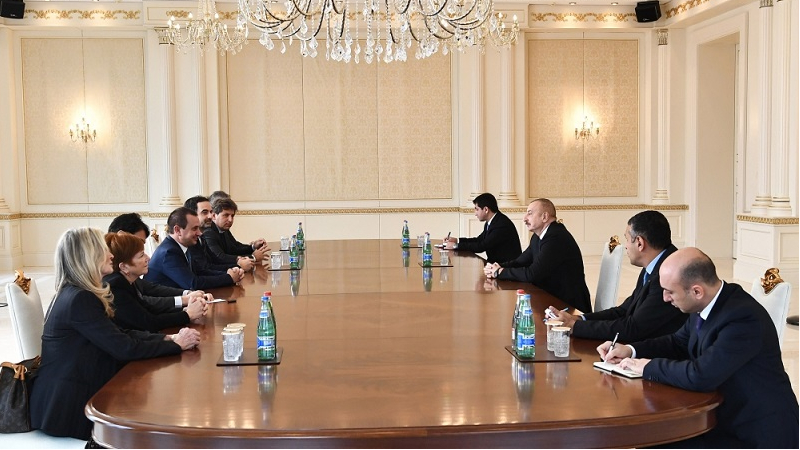 Relations between Italy and Azerbaijan are developing very rapidly and are at the highest level today, said Azerbaijani President Ilham Aliyev.

The head of state made the remarks as he received a delegation led by Vice-President of the Italian Chamber of Deputies Ettore Rosato.

President Aliyev noted that his state visit to Italy earlier this year is a clear example of the highest level of bilateral ties.

“Many important documents were signed during that visit, including the Multidimensional Strategic Partnership document. This document reaffirmed our strategic partnership again,” he added.

The head of state recalled that two years ago, Italian President Mattarella was on an official visit to Azerbaijan.

“Those visits show that our bilateral relations are on a very solid basis. Today, Italian-Azerbaijani relations are developing very successfully in political, economic and all other spheres. You also know that Italy is Azerbaijan's first trading partner. Last year, our turnover reached $6 billion. Most of it is related to energy resources but I think that the non-oil sector will also have a special place in the coming years,” he said.

As for the energy sector, President Aliyev stressed that the TAP project will be launched in the near future, which will undoubtedly further strengthen Italian-Azerbaijani relations.