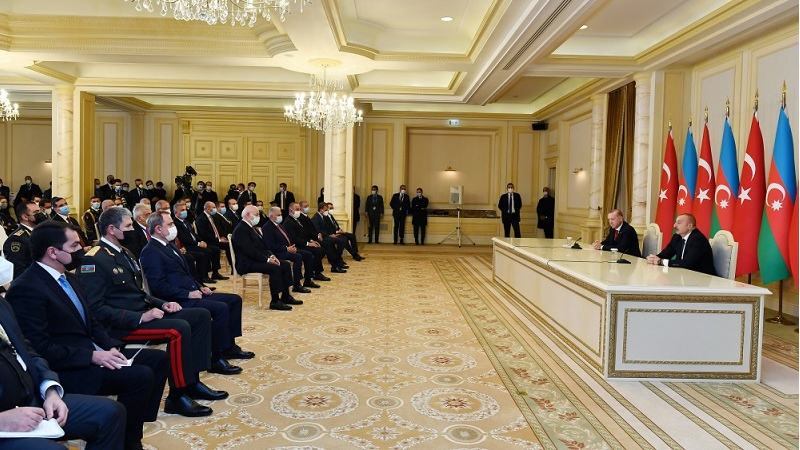 It is a very significant and important day in the history of Turkey and Azerbaijan today, Azerbaijani President Ilham Aliyev said on Thursday.

“Turkey and its President provided support to Azerbaijan and the Azerbaijani people from the first hours of the war. His statements were very valuable for the Azerbaijani people. At the same time, they became a message to the whole world that Azerbaijan is not alone, that no-one should interfere with Azerbaijan’s affairs, that Azerbaijan is waging a just and Patriotic war, and Turkey stands by it. This message was essentially the personification of solidarity. It showed that Azerbaijan is right in this just war. We have restored historical justice. We have put an end to the occupation that lasted for many years. Fraternal Turkey was next to us, which inspired us even more and gave us additional strength. Using this strength, we liberated our historical lands from the occupiers,” the head of state added.