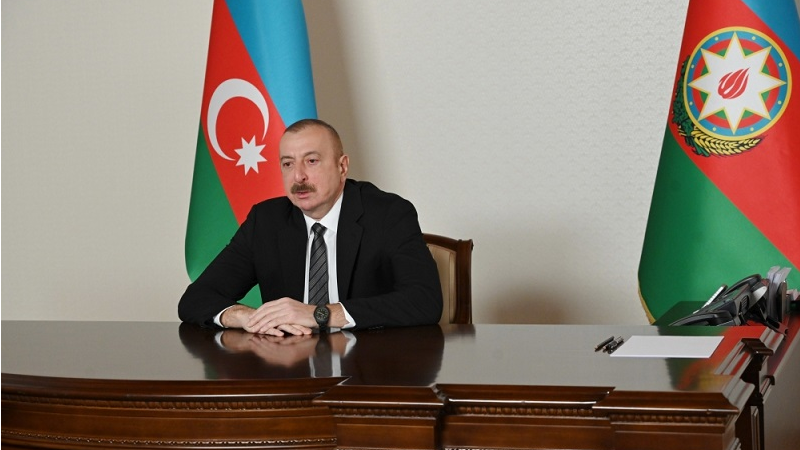 Shusha will see many international events, will receive friends and brothers, as it has done throughout history, President of the Republic of Azerbaijan Ilham Aliyev said receiving in a video format Secretary-General of the Cooperation Council of Turkic-speaking States, Baghdad Amreyev.

“I count on the active support of TURKSOY in the restoration of our historical and cultural sites, and I am sure of that. Because about 70 mosques in the liberated territories have been destroyed, museums have been looted and the entire social infrastructure has been destroyed. You probably saw the surviving wall of the Drama Theater in Agdam. Apparently, they got tired of destroying. They probably ran out of strength. Therefore, I think that communicating the atrocities of the occupying forces to the world, especially in terms of the destruction of our cultural historical heritage will also be the focus of TURKSOY's attention, along with the assistance in terms of restoring our historical and cultural sites. This process has already begun,” the Azerbaijani president said.

“As for the Agdam mosque, specialists have already been involved. Also, after visiting Shusha a few days ago, I gave instructions on starting work on the restoration of our religious sites. The Heydar Aliyev Foundation will play an active role in this. Instructions have also been given on the restoration of the Vagif mausoleum. I gave instructions to restore it this year. We plan to revive the days of Vagif poetry this year and hold the Khari Bulbul festival this year. It is no coincidence that I have declared Shusha the cultural capital of Azerbaijan. I think that after its restoration, Shusha with its nature, landscape, history and historical sites can rightfully become the cultural capital of the entire region. Of course, I do hope that you will travel to Shusha during your next visit. We are already building a road there now. An international airport will be opened in the near future, this year. So Shusha will see many international events, will receive friends and brothers, as it has done throughout history,” the head of state said.