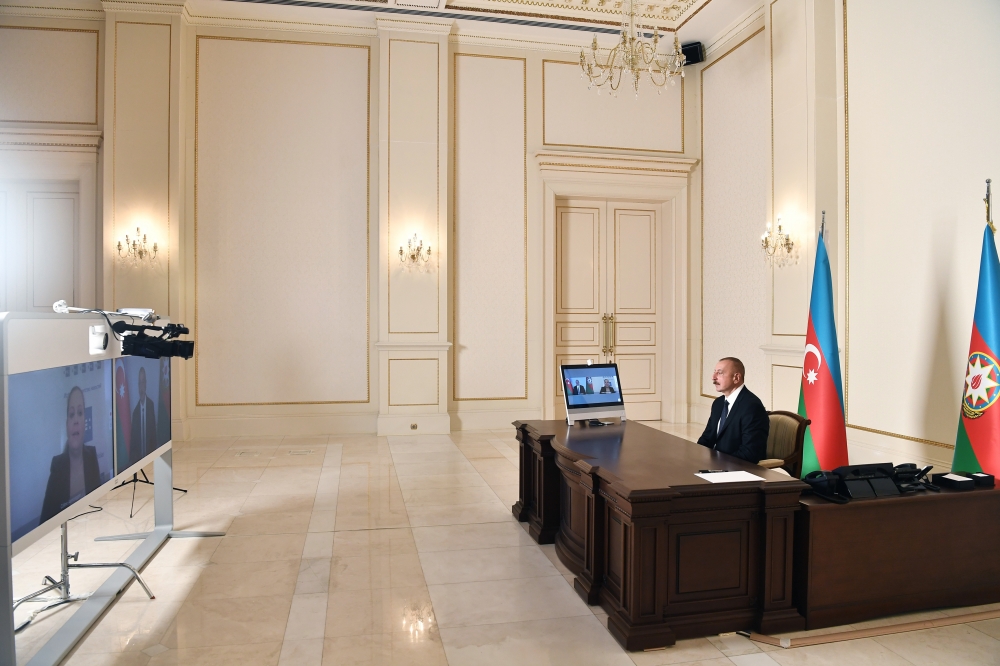 "This should be part of the future discussions, on the basic principles. Because the first part of the basic principles demanded the withdrawal of occupied territories. Five plus two in time-table, then, there were other elements of the basic principles, like security, peacekeeping operations, status of Nagorno-Karabakh and we always were very open to discuss it," said President of the Republic of Azerbaijan Ilham Aliyev while answering the question "Will you be willing to accept an autonomy of the region?" in an interview with Spanish EFE news agency.

"We offered them many times different ways, but they rejected. We offered them autonomy inside Azerbaijan. We offered them cultural autonomy, we said that there are good examples in the world, in Europe, in Scandinavia this Aland Islands, in Italy this South Tyrol district, in many other. But they rejected everything. They demanded independence only. And they wanted us to recognize this independence. By doing that they actually knowing that we will never do it, they were doing everything to freeze the conflict. So, I don’t know, we need to first to end this hot stage of the conflict, come back to negotiation table. Armenia should make these commitments which I already said. And then we can talk about what will be happening in the future. I cannot say anything about that now," the head of the state noted.