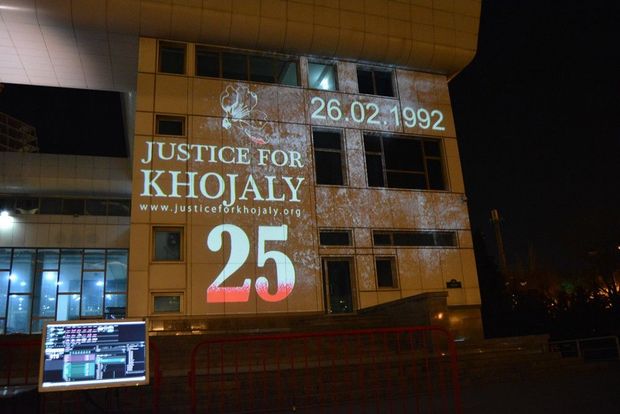 A special illumination in memory of victims of Khojaly genocide has been installed at the Baku sea terminal as part of the international campaign 'Justice for Khojaly'.

According to AzerTag, the illumination will work on February 25, 26, 27.

The campaign 'Justice for Khojaly' seeks recognition of the Khojaly genocide on the international level, issuance of compensation to those who suffered in this tragedy, accountability of the organizers of the massacre, as well as perpetuating the memory of genocide victims.