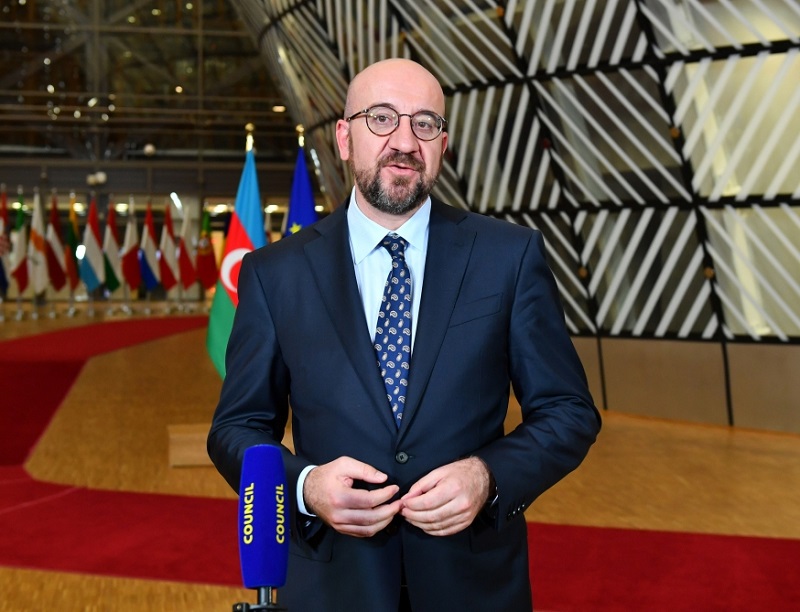 The stability, security, prosperity in the South Caucasus are extremely important, President of the European Council Charles Michel told journalists after a trilateral meeting with the Azerbaijani and Armenian leaders in Brussels, News.Az reports.

“We are engaged in order to support the positive effects, in order to support also all the confidence-building measures and we made tonight a lot of progress. It means that we have decided altogether to launch concrete process for peace talks that to prepare possible peace treaty and to address all the necessary elements for such a treaty,” he said.

“It is difficult to predict but I felt in December when we had our first meeting in Brussels in person with both leaders that an interesting step was taken. It was a wise decision to listen to each other, to understand better what other concerns, what other priorities, what are also sensitive topics on both sides. It was the first important element. In the meantime, I had on regular basis phone calls with both leaders. We prepared a lot for this meeting that took place tonight. We took the time you know that I had bilateral meetings in person with both of them before the dinner. And honestly, I feel that we are working very hard, we are making progress. I do not underestimate the challenges, the difficulties on both sides but I feel there is a common will to make progress, there is a common will to cooperate, there is a common will to identify what are the priorities and what are concrete steps that we will be able to make together,” the EU Council head added.