Sweden gets second chance to appoint Andersson as PM 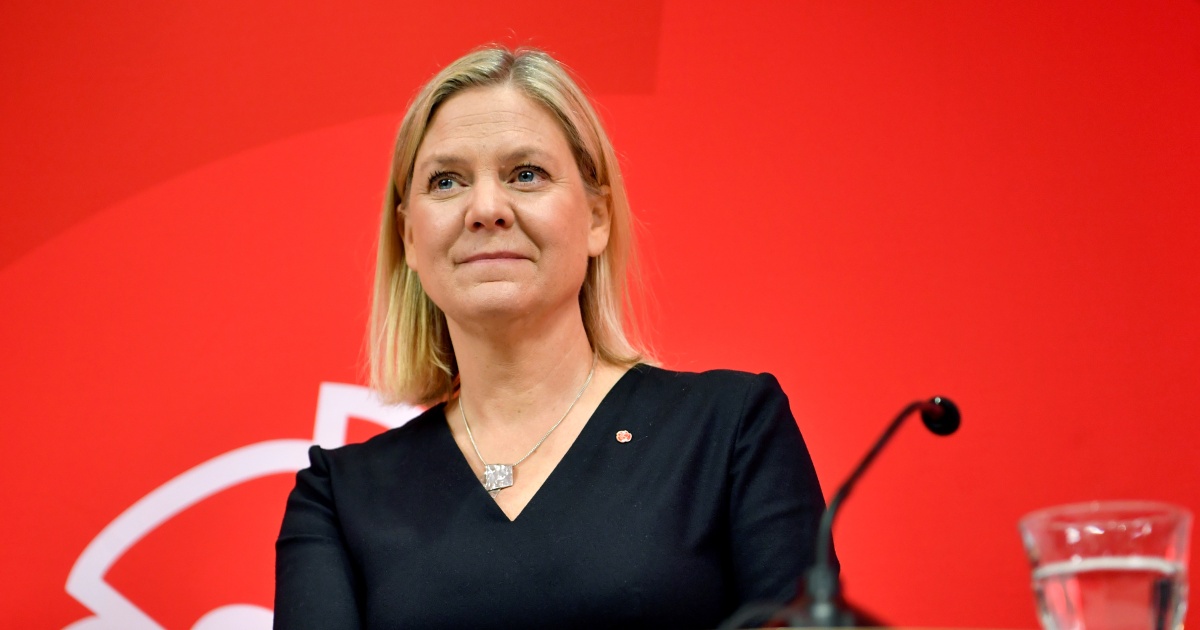 Parliament is expected to appoint Andersson as the head of a minority government made up solely of the Social Democrats, with just 10 months to go before September general elections.

The parliament's vote is scheduled to begin at 1:00 pm.

If confirmed as anticipated, Andersson, the 54-year-old current finance minister, faces a challenging period in the run-up to the election.

Holding 100 of 349 seats in parliament, her minority government will have to govern with the opposition's budget following what media dubbed a "nightmarish" day in parliament last week.

Last Wednesday, lawmakers elected Andersson as the country's first woman prime minister but she resigned just hours later -- before she even had a chance to formally take office -- after the Green Party quit her coalition government.

Despite being a nation that has long championed gender equality, Sweden has never before had a woman as prime minister.

The parliamentary turbulence was unprecedented in politically stable Sweden, where the Social Democrats have dominated for almost a century.

The tumult began when Andersson secured a last-minute deal with the Left Party to raise pensions in exchange for its crucial backing to get her elected as prime minister.

But that agreement did not sit well with the small Centre Party, which withdrew its support for Andersson's budget due to the concessions made to the Left.

That left Andersson's budget with insufficient votes to pass in parliament.

Andersson grudgingly said she would still be able to govern with that budget, but the Green Party said it could not accept a budget drafted by the far-right and quit the government.

That meant Andersson had to resign, as the basis on which she was appointed no longer existed.