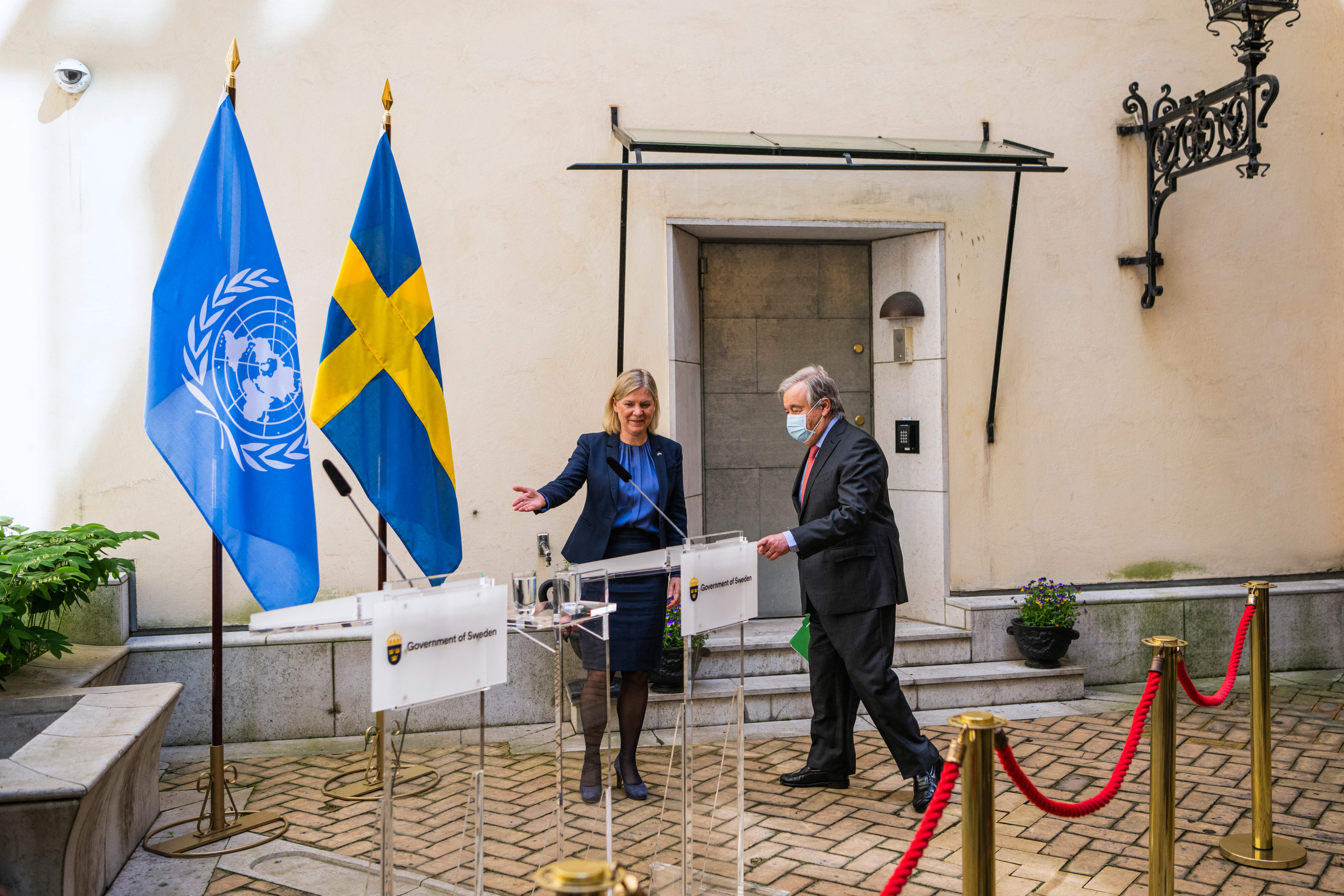 Sweden's Prime Minister Magdalena Andersson said on Wednesday that dialogue with Turkey regarding Sweden's NATO membership will continue, and Sweden will respond directly to Turkey to "sort out" any possible "misunderstandings," News.az reports citing UNIAN.

"We have had discussions, dialogue with Turkey, and this dialogue will continue going forward, and I am looking forward to further constructive meetings together with Turkey in the near future," Andersson said at a news conference in Stockholm after a meeting with UN Secretary-General Antonio Guterres.

"Our responses to demands and also questions from Turkey, we will take directly with Turkey and also of course sort out any issues or misunderstandings that there might be," she added.

During their meeting, Andersson and Guterres discussed "Russia's brutal aggression against Ukraine," the security situation in Europe and the humanitarian situation in Ukraine, she said.

"Sweden will continue to pressure on Russia and to be a strong supporter of Ukraine," Andersson said, as the world is "witnessing shocking brutality and attacks against civilians and civilian infrastructure."

"Russia must be held accountable for its action and I'm grateful for the secretary-general's clear stance on this," she said.