TEKNOFEST is another manifestation of Azerbaijani-Turkish friendship and brotherhood: Minister 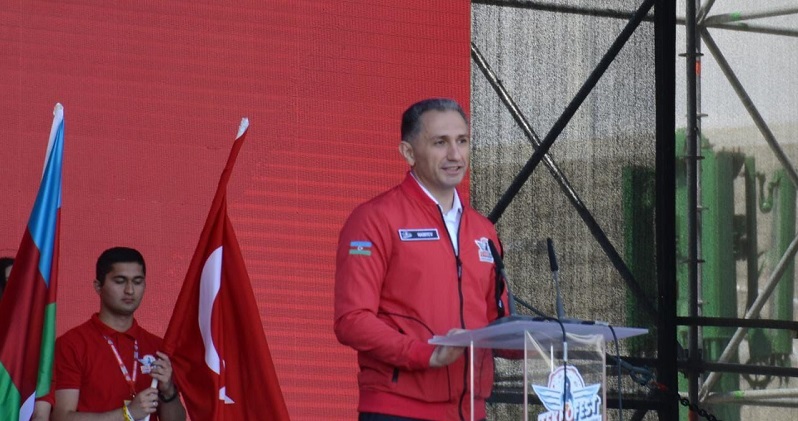 The TEKNOFEST Aerospace and Technology Festival that started in Baku today is yet another manifestation of the friendship and brotherhood between Azerbaijan and Turkiye, said Rashad Nabiyev, Azerbaijani Minister of Digital Development and Transport.

The minister made the remarks while speaking at the official opening ceremony of the TEKNOFEST Azerbaijan on Thursday, a correspondent of News.Az reports.

He noted that TEKNOFEST is held in Azerbaijan for the first time outside Turkey.

The minister said this festival is intended for young people.

“The Azerbaijani people are proud of the country’s youth, who were able to liberate the occupied Azerbaijani territories under the leadership of the Supreme Commander-in-Chief,” Nabiyev added.

The event is organized annually by the Turkish Technology Team (T3 Foundation) and the Ministry of Industry and Technology of the Republic of Turkiye since 2018.

The festival is expected to be attended by more than 200,000 visitors (nearly 500 foreigners from 33 countries) during the four days.

287 startups from 32 countries (101 of them were Azerbaijani startups) applied for participation in the festival. Of them, 50 startups, including 15 from foreign countries (USA, Argentina, Estonia, Jordan, Egypt, Pakistan, Turkiye) and 35 local, qualified for the finals.