The Jakarta Post: Beautiful Baku: A city of love and legends 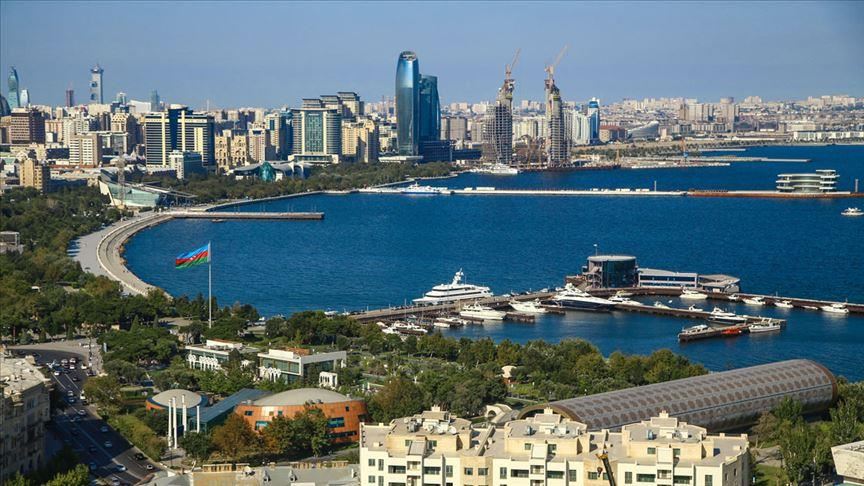 Indonesian The Jakarta Post newspaper has published an article by Veeramalla Anjaiah highlighting the beauty of Baku.

Headlined “Beautiful Baku: A city of love and legends”, the author shares his impressions about Azerbaijan’s rapid development in recent years, and the stunning beauty of the capital city of Baku.

The article reads: “Do you want to see both Europe and Asia in one place? Do you want to experience the different climates of the world in one country? Do you want to visit a land-locked country that has 650 kilometers of coasts and a thriving port?

Then go to Azerbaijan, an amazing oil-rich country in the South Caucasus.

With an area of 86,600 square kilometers, Azerbaijan is located at the crossroads of Europe and Asia. It is a place where cultures of the East and the West mingle.

Azerbaijan, which is also known as the Land of Fire due to its natural gas flames and ancient practice of fire worship, has nine out of the world’s 11 climates.

Technically, Azerbaijan is a land-locked country located on the coast of the Caspian Sea, the world’s biggest lake. It has a long coast, impressive navy and its biggest port is in its capital city, Baku.

Recently, the Azerbaijani government invited me, Anggia Ermarini, a member of the House of Representatives from the National Awakening Party (PKB), and senior journalist Muhammad Anthony to Baku to observe the Feb. 9 parliamentary elections. Prior to the elections, I had a chance to see the increasing beauty of Baku, one of the fastest-growing tourism destinations in the world.

Baku, or Baki as locals call it, is the world’s lowest-lying capital at 30 meters below sea level. The city has many wonders, mysteries, legends, love tales, historical monuments, modern mansions, beautiful parks, boulevards and alleys.

Thanks to the oil boom in the 19th century, many merchants, both Azerbaijani and foreign, built beautiful mansions along the coast of the Caspian Sea. At that time, Azerbaijan was producing more than half of the world’s oil.

The landmark of Baku, where a quarter of Azerbaijan’s 10 million people live, is the Maiden Tower, a 12th-century 30-m stone watchtower in the Old City of Baku. The tower has many legends and myths related to Zoroastrianism and Islamic culture. Its name is based on a popular legend about a young maiden who engaged a man threatening Baku in a fierce battle to protect her people from enslavement. Her enemy was impressed with her act of bravery and he eventually fell in love with her, hence the name “Maiden Tower”.

Another interesting place is the Icheri Sheher (Walled City), which has the famous Shirvanshah Palace, mosques and other structures.

“It is a cultural treasure. We have to preserve it for our future generations,” Abdul Rauf, an Azerbaijani student, told the Post in Icheri Sheher.

The Walled City, including the Shirvanshah Palace and Maiden Tower, was listed as a World Heritage Site by the United Nations Educational, Scientific and Cultural Organization (UNESCO) in 2000.

There is a “burning” mountain called Yanardagh on the outskirts of Baku. Throughout the year, flames erupt from the mountainside.

Thanks to another oil boom in the 21st century, Baku has become a paradise for global designers who have built amazing ultramodern and futuristic buildings. These new buildings have made Baku more beautiful than ever.

America’s top global design firm HOK built the three stunning Flame Towers, which display dazzled lighting and colourful images. One can see the entirety of Baku from the top of these towers.

Other interesting places in Baku include the Heydar Aliyev Center, the Azerbaijan Carpet Museum, the Ateshgah fire temple, the Government House, Little Venice, the Bibi-Heybat Mosque and Nizami Street along with numerous parks and fountains.

Azerbaijan has mouthwatering cuisine. Tourists should try popular Azerbaijani dishes like pilaf rice, bread, meat kebabs, grilled fish and sweets like baklava. Azerbaijanis, more than 90 percent are Muslims, like to eat raw and fresh vegetables like tomatoes and cucumbers during meals.

The beauty of Baku cannot be explained in words. You have to see it personally. Before you go, you should see the 1999 James Bond movie The World is Not Enough, which was shot in Baku.

Baku rose to fame by hosting several events like the Eurovision Contest in 2012, the European Games in 2015, the Formula One Grand Prix since 2016, the Islamic Solidarity Games in 2017 and the Non-Aligned Movement Summit in 2019.

Azerbaijan, which attracted 3.17 million foreign tourists in 2019, is well known for its carpets and caviar.

The city is also known for its chilly and harsh winds. Take warm clothes with you if you go there.

From Jakarta, Baku can be reached on Turkish Airlines, Qatar Airways and Emirates”.