The Singapore model in the South Caucasus (OPINION) 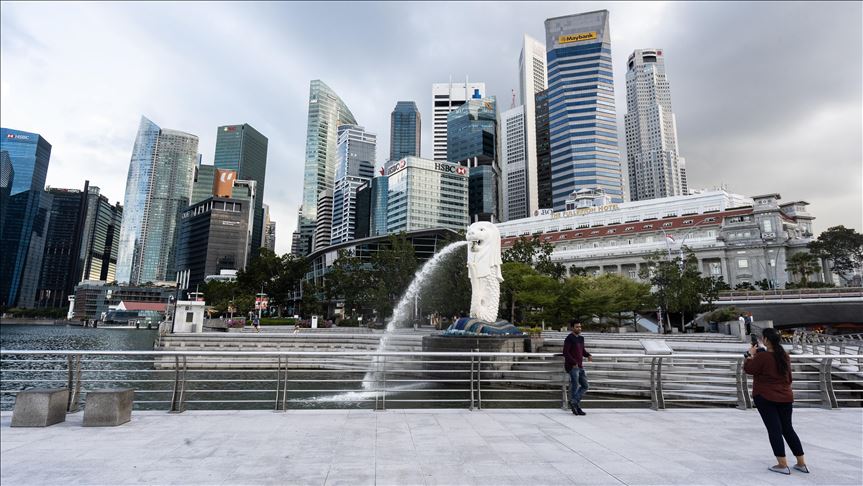 EU Reporters has published an article entitled “The Singapore model in the South Caucasus”.

News.Az presents the article by Ilham Nagiyev, the chairman of Odlar Yurdu Organization in the UK and chairman of the board of A2Z LLC, a leading IT company in Azerbaijan.

Singapore’s development strategy is based on education. Bringing in foreign specialists and creating opportunities for local personnel to study abroad were essential components in creating human capital, which lies at the foundation of Singapore’s development. In a short time professional personnel gained international experience and absorbed global ideas, enabling them to build the pillars of the country’s strong economy. It is thanks to human capital that Singapore has now joined the big hitters in several sectors of the global market.

Putting human capital at the heart of economic development, Singapore showed the whole world that it had adopted the right strategy. Prime Minister Lee Kuan Yew ensured the country’s economic development in parallel with increasing the number of professionals in the country and raising a new generation with international experience. Foreign companies investing in Singapore were made responsible for providing training programmes to develop local staff to international standards. This both tackled unemployment and provided high quality human resources in the country. The human potential shaped by these training programmes are influential in all sectors of Singapore today.

In a similar fashion, the study abroad programme began to develop serious human capital in Azerbaijan between 2007 and 2015. Holding a variety of positions in growing sectors, these graduates are an important component of Azerbaijan’s development today. As in the Singapore model, independent Azerbaijan has enjoyed major success thanks to the human capital it created in a short time.

Between 2007 and 2015 young Azerbaijanis studied at different levels in the world’s leading universities as part of a new education programme introduced on President Ilham Aliyev’s initiative. The programme gave over five thousand young people the opportunity to study at the world’s top universities. Priority was given to young research scientists who could develop their potential in the best seats of learning. This began the process of developing young professionals primarily in medicine, law, management, industry and technology, but in other subjects too. The programme really did achieve significant results both personally for the participants and for the state.

The 2007-2015 study abroad programme was beneficial for Azerbaijan in several respects. Today, investing in human capital is the main indicator of success not only in the Singaporean model but in the Azerbaijani model too.

First, the programme provided opportunities for young researchers to study abroad. After their studies these young people had good potential and took a variety of jobs in private business or state structures. Their international experience enabled these graduates in recent years to become key figures in different areas of Azerbaijan’s development. Another key factor in the programme was connecting foreign experience with local opportunities.

Second, graduates who studied abroad as part of the state programme gave a boost to the private sector as well as the state sector. Students who studied in the USA, Great Britain, Germany and other western countries today hold top positions in SOCAR, SOFAZ, the Azerbaijan Central Bank, Azerbaijan Investment Holding, the Foreign Ministry, Education Ministry, Economy Ministry and a range of universities.

Third, the opportunity to study abroad gave local professionals a competitive edge on the international labour market. Networking – the chance to make new contacts – opened a window to a new world for the young researchers.

Over the past ten years the 2007-2015 study abroad programme has been integral to the development of human capital in Azerbaijan. The programme gave a stimulus to the creation of very specialised human resources for Azerbaijan. Highly trained professionals who have acquired skills to an international standard have contributed to the development of Azerbaijan’s economy, technology, education, industry and other strategic sectors. The new approach to education which combines the technological pragmatism of the leading states with the ancient philosophy of the East will be a major factor in Azerbaijan’s future development.

Ilham Naghiyev is an Azerbaijani economist, author, IT entrepreneur, co-founder and the Chairman of the Board of GESCO OJSC, the founder of “Odlar Yurdu” Organization. He graduated from Azerbaijan State University of Economics in 2004, and CASS Business School in 2009. Currently, he is following his education in TRIUM (HEC PARIS, London School of Economics, New York University Stern School of Business joint program) Executive MBA.