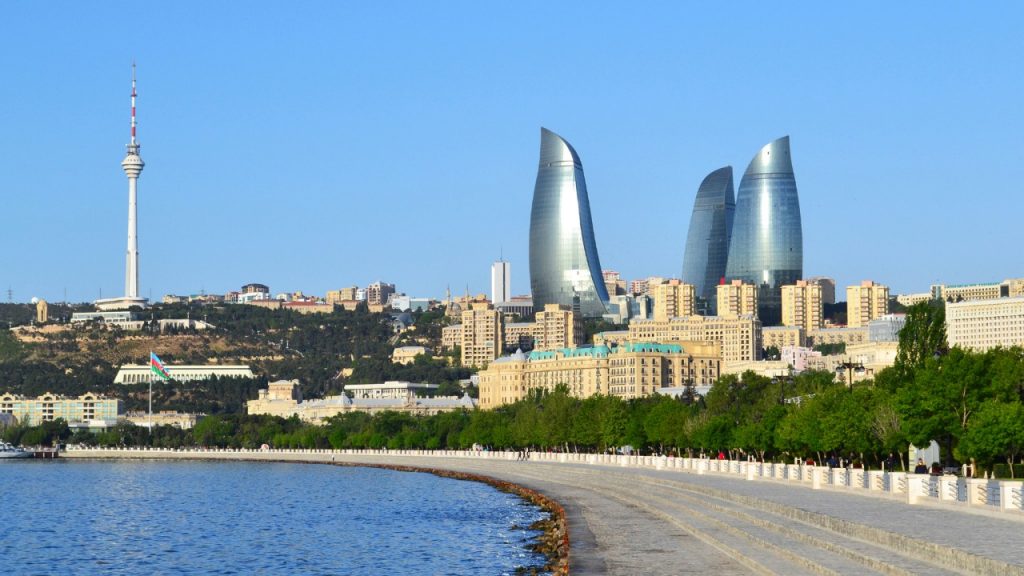 News.Az reprints from The Washington Times the article titled 'How Congress misreads the Caucasus' by Stephen Blank.

In its zeal to make foreign policy, a power entrusted by the Constitution to the executive branch, Congress may be making a serious error regarding American interests in the Caucasus. Recently Congress threatened to impose sanctions on Azerbaijan for its human rights shortcomings and authorized a small expenditure for demining in Nagorno-Karabakh.

These moves have, in turn, prompted several Azerbaijani officials to warn that they would then cut off ties to NATO if sanctions are imposed. While sanctions can serve useful purposes in U.S. foreign policy, e.g., Iran and Russia, they are not necessarily the answer to Azerbaijan’s policies at home. And funding Armenia, even if rhetorically and with minimal amounts of money, only exacerbates the situation.

Indeed, it is clear that Congress has not thought through the nuances of the Caucasus in its haste to adopt this legislation. The authorization for demining in Nagorno-Karabakh calls the region Nagorno-Karabakh, Azerbaijan, when it is in fact occupied by Armenia. Therefore, this resolution owes more to U.S. domestic politics — a congressman in a heavily Armenian district needing to gain popular support as re-election looms — than it does to foreign policy. And at the same time, it shows the inadequacy of this congressional response because it antagonizes Azerbaijan for no discernible purpose that advances U.S. interests or strategic gain while betraying congressional ignorance of the facts on the ground.

This kind of heavy-handed policymaking under conditions of insufficient or inadequate knowledge also does not advance U.S. interests either regarding human rights or in fostering peace in the Caucasus. By essentially disregarding the fact that Nagorno-Karabakh remains occupied territory and attacking Baku’s human rights record, Congress, perhaps unintentionally or unwittingly, sends Baku a message that the U.S. is not interested in its agenda or problems.

That message only encourages hard-liners inside Azerbaijan who would be all too happy to incline to Moscow to justify what would amount to Azerbaijan’s subordination to Russia with the argument that we have nothing to gain or fear from Washington because it clearly is against Azerbaijan. While this Azerbaijani argument dangerously misreads Azerbaijan’s true interest in sustaining its independence from Russia, such congressional blundering gives its advocates a pretext behind which they can hide and justify their desire to tie Azerbaijan to Vladimir Putin’s tender mercies.

Thus, these sanctions damage U.S interests, for it is clear that a pro-Russian Azerbaijan will be even more immune to U.S. human rights charges and that peace in the Caucasus will be surrendered as an issue to Moscow’s discretion, a guarantee that there will be no peace. We need to understand, as do strategists like Edward Luttwak, that the pursuit of human rights is a powerful and discriminating tool for the advancement of both U.S. interests and values.

Therefore, we must wield it intelligently to achieve our desired effects. Pique, combined with an uninformed moralism, are therefore not sound bases for foreign policymaking. If we want better Azerbaijani policy on human rights then we must show Baku that it has something to gain from doing so and not ostracize it no matter what its policies are. That only reinforces those actors who argue that Baku has a Russian alternative to play and gains nothing for us. This wiser policy also means an intensified U.S. interest in the resolution of the Nagorno-Karabakh conflict and in the overall security of the Caucasus.

Moreover, there is added reason to show more awareness of the benefits available to Washington here because President Trump’s new Afghanistan policy squarely challenges Pakistan, which has been the main logistical hub of our effort there. If Pakistan retaliates by closing that logistical channel, the only usable supply line then becomes an air corridor directly over Azerbaijan among other countries.

Ignoring Baku’s real security agenda and punishing it for its human rights derelictions is hardly a way to win overflight rights to defend human rights and international interests against Islamic terrorism. Therefore, if U.S. policy is to serve the cause of human rights, let it do so intelligently, strategically and with fuller understanding of the regional dynamics of countries with whose behavior we have a problem. Ultimately, that is a more effective way to secure not only our interests but also progress toward the dissemination of those values that we have always proclaimed belong to every human being. For if we merely register our anger and do so in ways that simultaneously also reveal our ignorance of regional security issues, we will achieve neither human rights nor pro-American governments nor peace.

Stephen Blank is a senior fellow at the American Foreign Policy Council and a former MacArthur Fellow at the U.S. Army War College.