There is almost no Armenian army now - President Ilham Aliyev 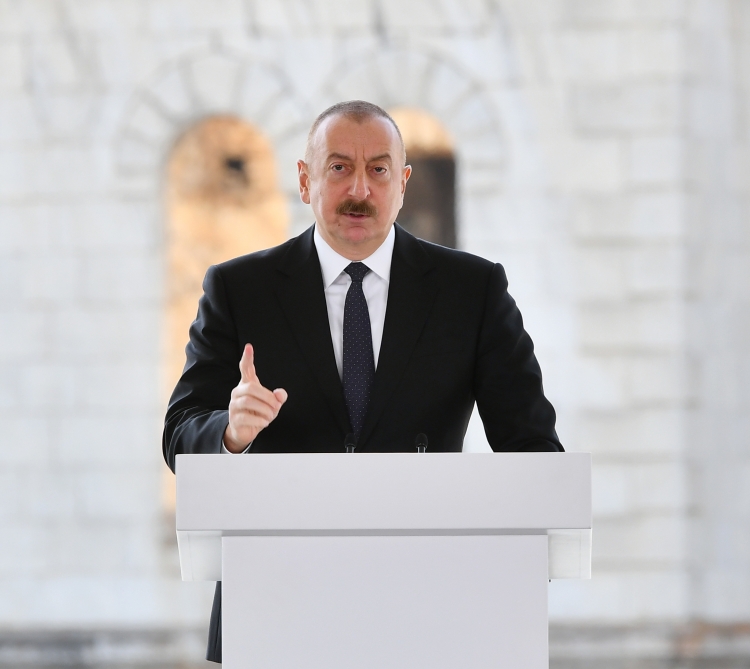 "The vast majority of those martyred in the second Karabakh war were members of the younger generation. None of them had been to Karabakh, they had never seen this land, but the national spirit, justice and love of the country living in their hearts led them to death. We showed the whole world how to fight in the 21st century, how to fight with dignity, how to fight in modern ways, and in a matter of 44 days the Armenian army was completely destroyed," said President Ilham Aliyev as he made a speech at the 5th Congress of World Azerbaijanis in Shusha, News.az reports.

"There were no deserters in the Azerbaijani Army. This is the greatness of our people, the confidence of our people in victory, the unity of the people and government, and the unity of Azerbaijanis all over the world. I know that you and millions of other Azerbaijanis living abroad were closely following the course of the war in your countries. At the same time, in your communications, comments on social networks and other resources you conveyed the true voice of Azerbaijan to the public. That is still necessary today. There is still a need for that today, because even though the war is over, the territorial claims against us are not over yet. I am sure that this will end. I am confident that as a result of our efforts in the post-war period and as a result of our subsequent efforts, we will get rid of the territorial claims of Armenia and Armenians of the world against Azerbaijan," stated President Ilham Aliyev.