There must be peace treaty between Armenia and Azerbaijan: President Aliyev 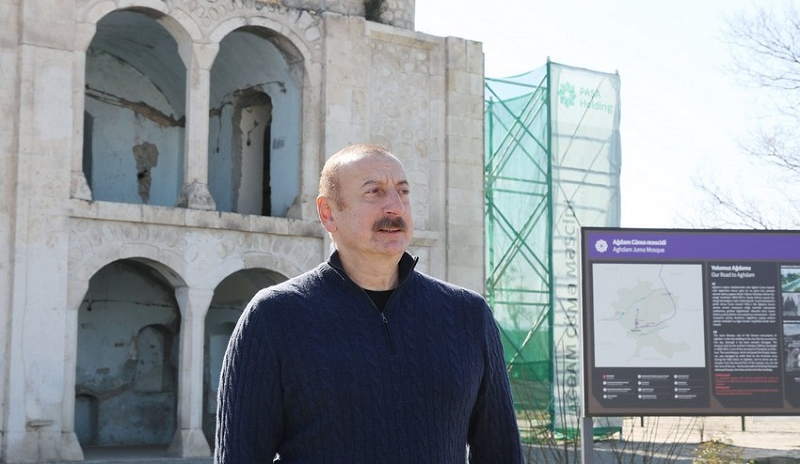 There must be a peace agreement between Armenia and Azerbaijan, President of Azerbaijan Ilham Aliyev said.

The head of state made the statement during his speech after viewing the progress of restoration work in the Aghdam Juma Mosque, carried out by the Heydar Aliyev Foundation, News.Az reports.

President Aliyev reminded that for 30 years, all Azerbaijani cities, villages, mosques and cemeteries had been deliberately destroyed by the Armenians.

“Imaret was destroyed and insulted by the Armenians. Some are talking about future reconciliation now. Of course, there must be a peace agreement between Armenia and Azerbaijan. This peace agreement must be signed on the basis of mutual recognition of the territorial integrity of the countries, on the basis of the norms and principles of international law. I have also said that. But the Azerbaijani people must never forget this atrocity. No-one should ever forget this savagery,” he said.

President Aliyev added: “I am confident that the work we are doing today, including the work in the field of army building, will further strengthen Azerbaijan and serve as a good response to the revanchist forces in Armenia. We are on our own land. We have returned to this land by shedding blood and giving martyrs. We are standing firm in this land and will live on it forever. Karabakh is Azerbaijan!”