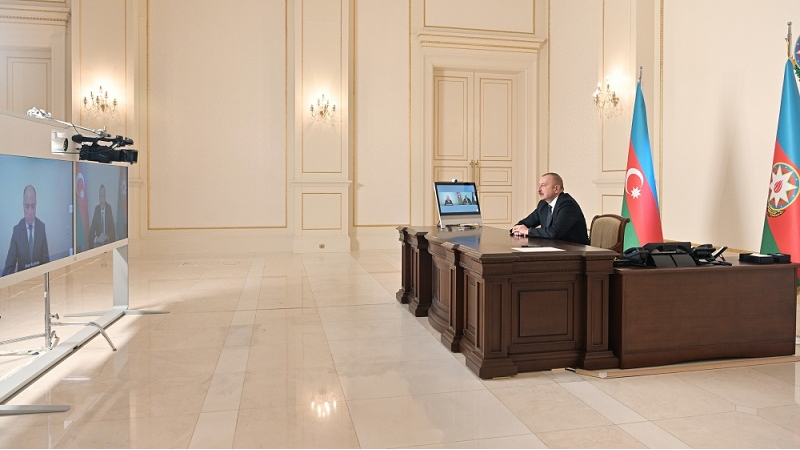 This year we must widely celebrate the anniversary of Nizami Ganjavi, President of the Republic of Azerbaijan Ilham Aliyev said as he received in a video format Anar Karimov on his appointment as Minister of Culture.

The head of state noted that Azerbaijan’s rich literature is well-known all over the world.

“We can be rightly proud of our great poets. By my order, 2021 is being declared as a “Year of Nizami”. In 2021, we will celebrate the 880th anniversary of the birth of Nizami, and it should be celebrated extensively both in Azerbaijan and around the world. The works of great Azerbaijani poet Nizami should be promoted more broadly in the world,” he said.

The head of state added: “As you know, the Nizami Ganjavi International Center has been operating for many years, and I pay special attention to this center. Although the center was established as a humanitarian non-governmental organization, its activities are now very extensive and multifaceted. The annual Global Baku Forum – which, of course, was not held in 2020 due to the pandemic – has taken its rightful place in the world. I want to say again that this year we must widely celebrate the anniversary of Nizami Ganjavi.”

President Aliyev recalled that 2019 was the year of another great Azerbaijani poet Nasimi.

“This shows that the state and the President personally have great respect and care for our literature and the memory of our great poets. Nizami, Nasimi, Fuzuli, and other great Azerbaijani poets have made immense contributions to the literary treasury of the world,” the head of state concluded.