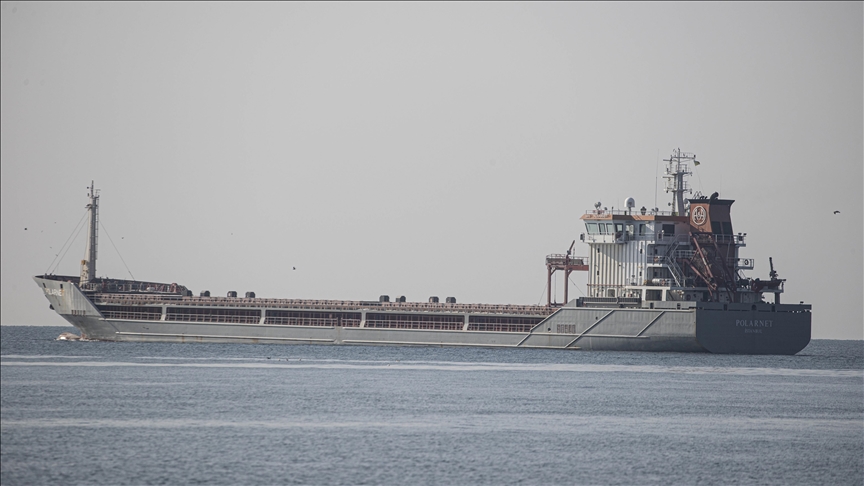 The first ship, Panama-flagged Navist, departed the port of Odesa for Ireland with 33,000 tons of grain, according to the statement.

The ship will undergo inspection at the Joint Coordination Center in Istanbul before it continues to sail to its final destination.

The second ship, Malta-flagged Rojen, left the port of Chornomorsk with 13,000 tons of grain for the UK.

The third ship, Türkiye-flagged ship Polarnet, which was waiting at the port of Chernomorsk, sailed to the Karasu port in northwestern Türkiye. The ship, which is carrying 12,000 tons of grain, reaches Karasu.

On July 22, Türkiye, the UN, Russia, and Ukraine signed the landmark deal to reopen three Ukrainian ports – Odesa, Chernomorsk, and Yuzhny – for grain export that has been stuck for months due to the ongoing Russia-Ukraine war.

To oversee Ukrainian grain exports, the Joint Coordination Center in Istanbul was officially launched on July 27.

On Monday, the first ship, Sierra Leone-flagged cargo vessel Razoni, left Odesa carrying over 26,500 tons of corn, and is on its way to the Lebanese port of Tripoli.