Today, Azerbaijan is a country that contributes to UN – top official 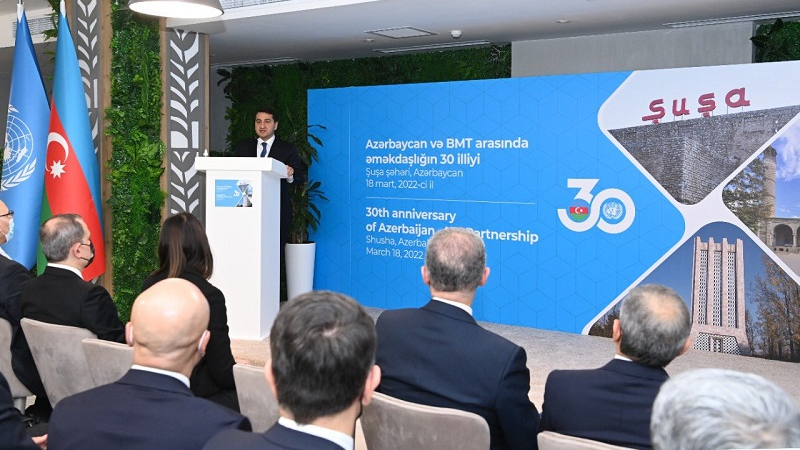 Today, Azerbaijan is a country that contributes to the UN and supports the organization’s goals, Hikmat Hajiyev, Assistant to the President of Azerbaijan, Head of Foreign Policy Affairs Department of the Presidential Administration, told journalists in Shusha, News.Az reports.

Shusha, the cultural capital of Azerbaijan, on Friday hosted an event dedicated to the 30th anniversary of the Azerbaijan-UN partnership.

Speaking to journalists on the sidelines of the event, Hajiyev recalled that holding such an event in Shusha is of great importance.

“In the early 90s when Azerbaijan joined the UN, Azerbaijan was recipient and consumer of security and humanitarian aid, but 30 years later the country is a contributor to peace, security and global aid missions,” Hajiyev stressed.

The presidential aide recalled that Azerbaijan became a member of the UN in March 1992 and two months later the city of Shusha was occupied by Armenia.

“After Azerbaijan’s victory in the Second Karabakh War, the city of Shusha was liberated. Today Shusha is the cultural capital of Azerbaijan, also the diplomatic center where the prospects for relations between the UN and Azerbaijan are discussed, which is of great political, diplomatic and symbolic significance,” he added.