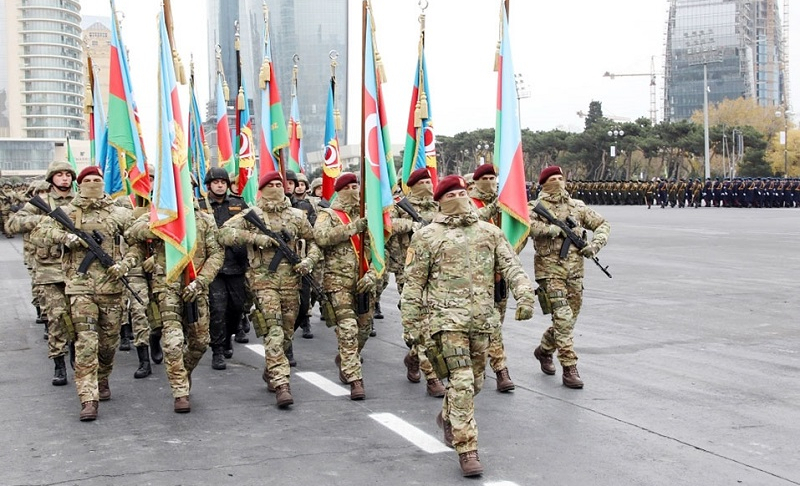 The Special Forces were established on April 30, 1999. Officers and warrants who took part in the First Karabakh War played an important role in the formation of the Special Forces.

The Special Forces of the Turkish Armed Forces played an exceptional role in the formation of the Special Forces of Azerbaijan. Moreover, Azerbaijani special forces participated in courses held in training centers in different countries and repeatedly achieved high results in competitions in the United States, Turkey and Pakistan.

Special Forces Units took part in the battles of April 2016. During the battles, numerous enemy forces and military equipment were destroyed.

In the Patriotic War, which began on September 27, 2020, the special forces also showed great courage. They rendered invaluable services in the liberation of Azerbaijani lands from the enemy. Their liberation of the city of  Shusha from occupation by climbing the rocks went down in world military history.

The Special Forces of Azerbaijan have modern weapons, ammunition, and equipment manufactured by leading companies in the global defense industry.

It should be noted that the commander of the Special Forces is Lieutenant General, Hero of the Patriotic War Hikmat Mirzayev.