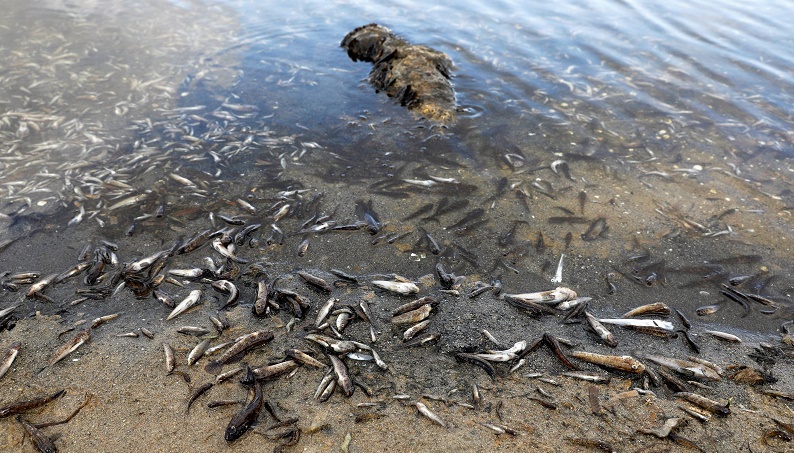 Around 4.5 tons of fish have been removed from the waters of Europe's largest saltwater lagoon, Mar Menor in southeastern Spain, over the past week after a mass die-off due to high temperatures and pollution, local media reported Monday.

Authorities and environmentalists say there is a lack of oxygen in the lagoon due to a heat wave a few days ago that brought the Murcia region temperatures well above 40 degrees Celsius (104 degrees Fahrenheit) in certain parts.

The head of Murcia's government, Fernando Lopez Miras, sent a letter to Spanish Prime Minister Pedro Sanchez calling for the "immediate convening" of a crisis meeting to decide on measures to save the inland body of water that's been plagued by ecological problems for years.

After several incidents in recent years, Mar Menor must be declared a disaster area, said Lopez Miras in the letter sent Monday.

The problem is eutrophication – a harmful accumulation of nutrients in the water caused by human activities that lead to a proliferation of algae and bacteria that deprive other species of their livelihood.

The regional government blames the weather and the central government, which provides little support.

Environmentalists, however, say the regional government does nothing about the intensive agriculture in the immediate vicinity of the lagoon that's mainly to blame for the problems. Especially during heavy rains, fresh water, as well as a lot of sludge containing fertilizer, drains into the lagoon.