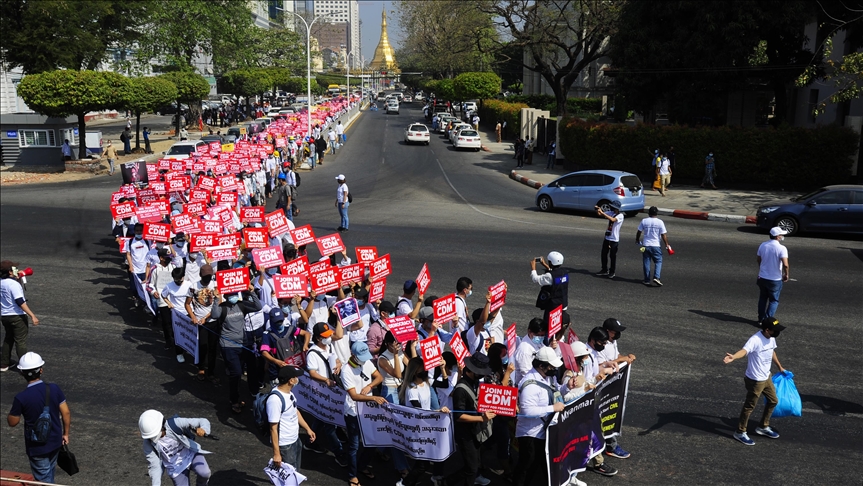 Large crowds gathered in Myanmar on Wednesday despite the United Nations' concern over potential violence by the security forces against the anti-coup protesters, Anadolu Agency reports.

After a relatively quiet couple of days, opponents called for a million-person march in the largest city of Yangon and other parts of the country.

Streets in Yangon were blocked as protesters left their cars with their bonnet open.

“This is a campaign to protest those who have yet to join the civil disobedience movement,” said Thuta, a private company staff, who left his car near Yangon University.

“Hundreds of cars are stranded at the same time in major junctions and bridges, blocking the streets and preventing people from going to work,” he told Anadolu Agency.

Bicycles were also seen laid down at a major junction of the city in an attempt to block the buses transporting the government staff to the office.

Citing a border trade official, the reports said trade with China -- the country’s biggest trade partner -- came nearly to a complete halt on Wednesday in Muse, a major border town.

Long queues of trucks could be seen on the road leading to China.