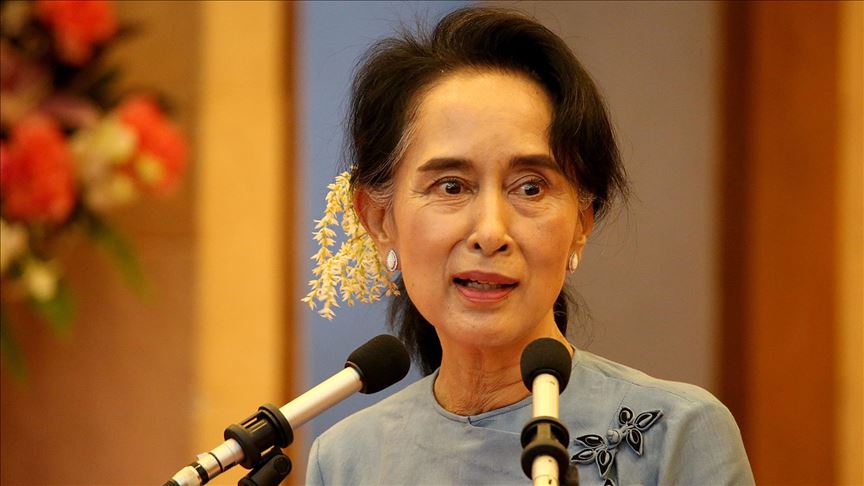 The trial of ousted Myanmar leader Aung San Suu Kyi has got under way, four months after a military coup removed the elected government from office.

She is charged with owning unlicensed walkie-talkies and violating Covid restrictions.

Later trials will focus on allegations of corruption and breaking the official secrets act.

Human rights groups have condemned the trial, describing it as an attempt to stop her running in future elections.

Ms Suu Kyi, 75, has been held under house arrest since the 1 February coup in Myanmar (also called Burma), and little has been seen or heard of her apart from her brief court appearances.

On Monday, Ms Suu Kyi's lawyers, who have met her only twice since she was detained, will cross-examine witnesses over the claims.

Another trial will begin on 15 June over sedition charges. If convicted of that charge alone, she faces up to 14 years in prison.

Last week, she was handed additional corruption charges over allegations that she illegally accepted $600,000 (£425,000) in cash and around 11 kilos of gold.

"There is an undeniable political background to keep her out of the scene of the country and to smear her prestige," her lawyer Khin Maung Zaw told AFP last week.

"That's one of the reasons to charge her - to keep her out of the scene."