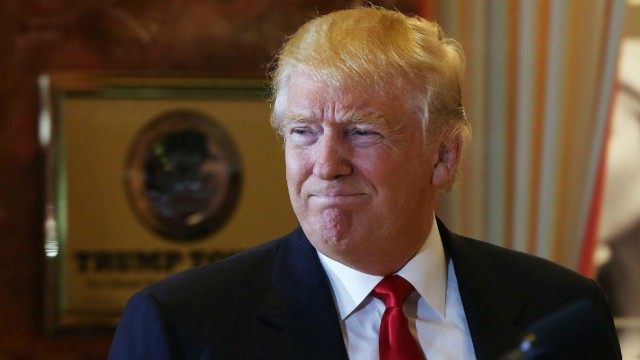 "[Kim is] playing with his bombs, his toys."

The Washington Post reported Tuesday that it had obtained a transcript of the call between Duterte and Trump, in which Trump questioned whether Kim is "stable."

[Kim is] playing with his bombs, his toys,” Trump told Duterte. “His mind is not working well and he just might go crazy one moment.”

“All his rockets are crashing,” Trump added. “That’s the good news. We can’t let a madman with nuclear weapons on the loose like that. We have a lot of firepower, more than he has, times 20 – but we don’t want to use it. [The U.S. has] a lot of firepower over there.”
The Post reported that the Philippines government made a transcript of Trump’s call with Duterte on May 2. It obtained the document Tuesday from a person who asked not to be identified as the Philippines government had labeled the transcript as “confidential” and not for public release.

A senior Trump administration official told The Post that the transcript is accurate but declined to speak on the record about a “leaked document from a foreign government.”

The Associated Press on Monday reported that North Korea says it is ready to start mass-producing a new missile capable of reaching Japan and major U.S. military bases.

Kim reportedly “approved the deployment of this weapon system for action” and said it should “be rapidly mass-produced."